Can you name PSG’s XI from Kylian Mbappe’s debut in 2017? 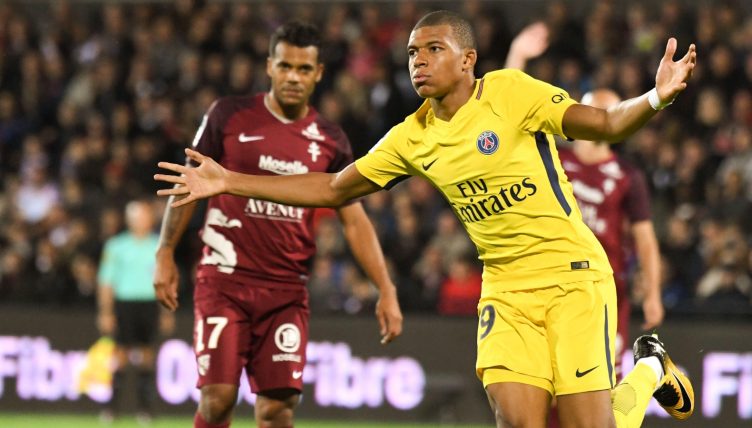 Kylian Mbappe has already established himself as one of the greatest in the history of Paris Saint-Germain. He started as he meant to go with a goal and assist on his debut – how well do you remember that occasion?

We’ve given you Mbappe for free, but we want you to try and name the 10 others on Unai Emery’s teamsheet when the superstar striker made his debut in a 5-1 victory away to Metz on September 8th, 2021.

The 23-year-old has since gone on to lift the World Cup with France, while scoring well over 150 goals in his first five seasons with his hometown club, winning four Ligue 1 titles.

“It is with great joy and pride that I join Paris Saint-Germain,” Mbappe told PSG’s website after arriving from Monaco.

“For any young person from the Paris region it is often a dream to wear the red and blue jersey and experience the unique atmosphere of the Parc des Princes.

“I really wanted to be a part of the club’s project, which is one of the most ambitious in Europe. Alongside my new team-mates, I intend to continue my progression while helping the team achieve the very big objectives it has set itself.”

He originally arrived as a teenager on a year-long loan from Monaco, having burst onto the scene as a teenager with a starring role in the club’s Ligue 1 title win and giant-killing run to the Champions League semi-finals in 2016-17.

Things have changed quite a bit in terms of the supporting cast since then. A few names remain at the Parc des Princes alongside Mbappe, but most have since moved on. Our time to beat for this one is 02:46.

If this gives you a taste for another challenge, why not try name the 25 most expensive transfers of all time?

NEXT QUIZ: Can you name France’s XI from the 2018 World Cup final win vs Croatia?