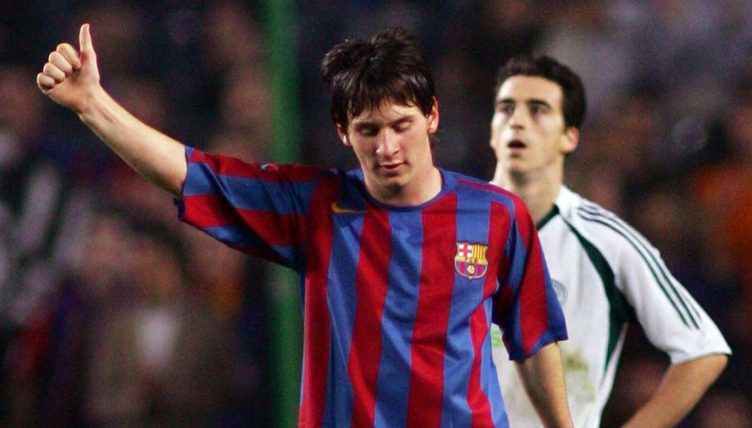 A scrawny little Argentine kid by the name of Lionel Messi was handed his Barcelona debut in the derby against Espanyol in October 2004. You probably know what’s happened to him since, but can you remember the Barca team from that day?

Messi had played his first-ever senior game for the Blaugrana in a mid-season friendly in November 2003, but he had to wait almost a year longer before coach Frank Rijkaard handed him his first competitive minutes.

In fact, according to a certain Brazilian legend who starred in the Barcelona team at the time, “it was the players who asked Rijkaard to promote Messi to first-team training.”

There was only so long that Rijkaard could protect him in the youth teams and reserves though. Messi’s ability needed to be demonstrated on the grandest stage as soon as possible.

Barca took on local rivals Espanyol in October 2004 and Messi started on the subs bench. Leading through a first-half goal from a Portuguese international, Rijkaard decided the time was right.

Messi was summoned, the board went up with his No.30 on it and he came on to replace that goalscorer for the last eight minutes. The rest, as they say, is history.

But here, we want you to cast your mind back not to remember Messi’s late cameo, but to name the starting XI Rijkaard sent out at the Olympic Stadium in the Catalan capital. The time to beat for this one is 03:02.

If this puts you in the mood for another Barcelona-related brain teaser, then have a go at naming their top 20 goalscorers in La Liga since 2000.