Can you name every club Lionel Messi has scored against in the UCL? 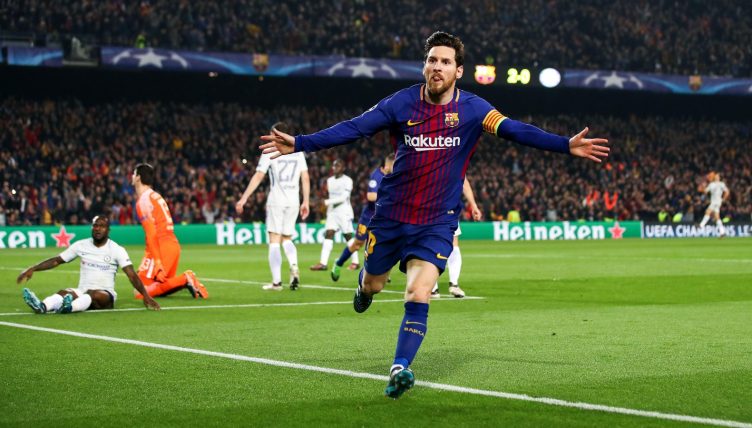 Lionel Messi is still breaking records. The PSG attacker has now surpassed long-time rival Cristiano Ronaldo in scoring against most different clubs in the Champions League. Can you name them all?

The Argentinian icon is only behind Ronaldo in the all-time Champions League goalscoring charts, but nobody has scored against the variety of opposition in Europe as Messi has.

The vast majority of those goals came during his legendary spell at Barcelona. But he’s continuing to tot up goals during his late-career stint at PSG. He notched against a 40th different club during the group stages at the end of last year.

“Messi is like a PlayStation [player],” said a former Premier League manager after the Argentinian produced a legendary four-goal haul against his club back in 2010.

“He can take advantage of every mistake we make. He made the impossible, possible. He has something exceptional. In the biggest games, exceptional players still make the difference. Messi is the best player in the world, and by a distance.”

There are 40 different clubs. We’re sure you’ll be able to guess most of the giants that Messi has memorably slayed, but it gets a bit more difficult when you have to think about the relative minnows of the group stages.

We’ve listed the clubs in alphabetical order to give you a helping hand and included the total number of appearances and goals. You’ve got 15 minutes and our score to beat from the Planet Football office is 33/40.

If this puts you in the mood for another Messi-related test, why not try naming Barcelona’s XI from Messi’s La Liga debut in 2004?

NEXT QUIZ: Can you name Barcelona’s top 30 goalscorers of all time?