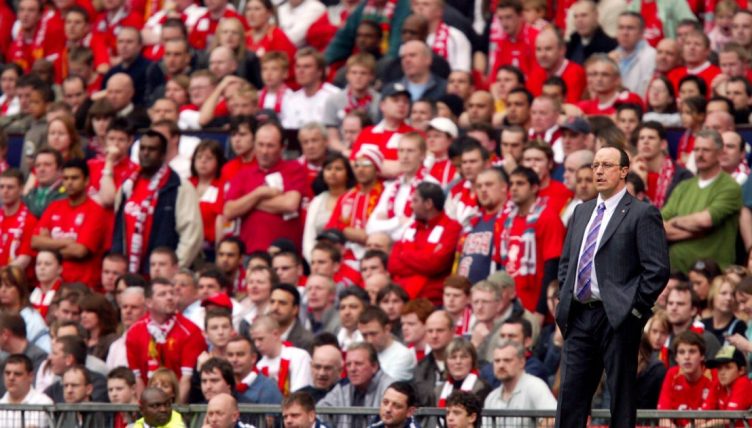 On April 22, 2006, Liverpool beat Chelsea 2-1 in a tight FA Cup semi-final at Old Trafford, sending themselves to the final and eventual glory. How well do remember that semi-final, though?

Liverpool have won the FA Cup a total of seven times, but they’ve only triumphed twice in the 21st century. One of those occasions came in 2006 when they triumphed over West Ham in a classic final that saw them come back from 3-0 down to win on penalties.

On the way to the Millenium Stadium – the new Wembley was still not completed at that point – the Reds had to face Chelsea in the semi-final, with the match being played at their rivals Manchester United’s stadium, Old Trafford, with over 65,000 in attendance.

The result denied Chelsea a shot at a domestic double, with Jose Mourinho’s men storming to the Premier League title, and Liverpool’s manager Rafa Benitez revealed that after the match Mourinho, being his typical box office self, had refused to shake his hand.

“I was with our supporters at the end and I could see him but he didn’t want to [shake hands],” Benitez said of Mourinho.

“At least we showed the people we can beat them. They have a lot of good players but we do too. We have a great team spirit.”

But can you name the XI that Benitez put out to face Mourinho’s Chelsea that day?

Once you’re done with that, why not have a go at naming every Spaniard to play for Liverpool in the Premier League? You might even have a few of them already thanks to this quiz…