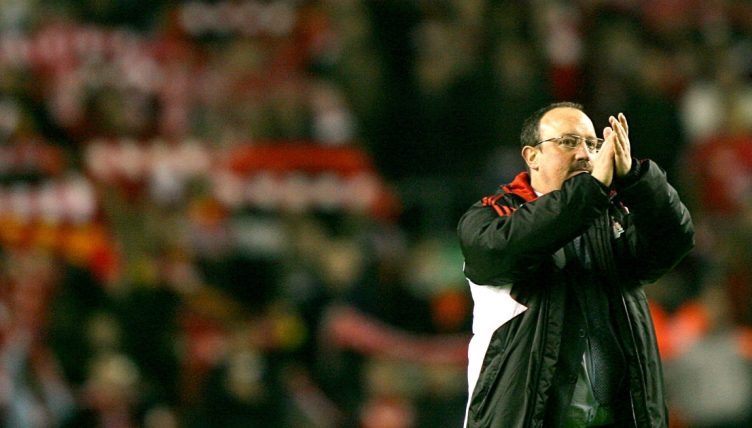 On April 8th, 2008, Liverpool booked their place in the Champions League semi-finals at Arsenal’s expense with a 4-2 victory at Anfield. How well do you remember that Reds side?

This was an era in which Premier League sides dominated the European competition and Rafael Benitez’s Liverpool were among the strongest.

Winners in 2005 and runners-up in 2007, they once again made it to the final four in 2007-08, eventually succumbing to Chelsea in the semis with a 3-2 extra-time defeat at Stamford Bridge. The Blues went on to lose to Manchester United in the Moscow final thanks to that John Terry slip.

But we want you to cast your mind back to one of the Reds’ sweetest wins that season. They’d taken a hard-fought 1-1 draw at the Emirates back to Merseyside for the quarter-final second leg, which turned out to be one of those special European nights at Anfield.

How well do you remember that era at Liverpool? Can you name who featured in Benitez’s teamsheet?

You may well recall Abou Diaby opening the scoring for Arsene Wenger’s Gunners that night, or Theo Walcott’s incredible solo run to set up Emmanuel Adebayor – but we’re asking for Liverpool’s starters, including their three goalscorers before substitute Ryan Babel put the tie to bed in injury time.

If this puts you in the mood for another quiz, have a go at naming Liverpool’s top 30 goalscorers in Premier League history?