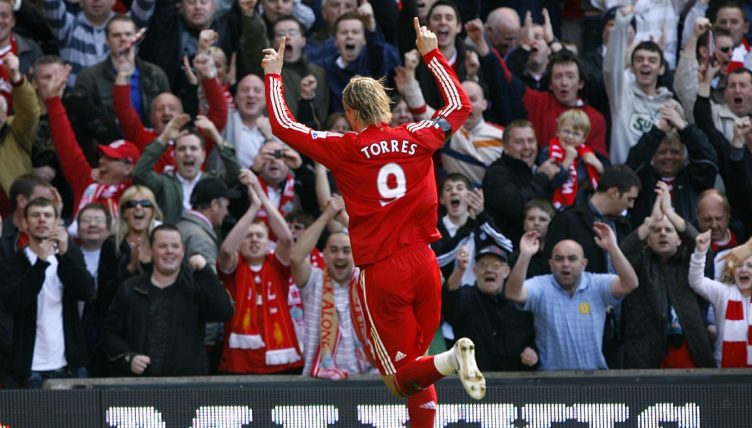 Liverpool’s No.9 opened the scoring with a stunning volley in the fifth minute before heading home from a free-kick to double their lead.

After a Liverpool centre-back made it 3-0, substitute David N’Gog nodded in from point-blank range to round off the impressive win.

“We had confidence and were always in control,” Benitez said after the game. “The first goal was very important, it opened the game up and we were able to score.

“My only concern was that we did not score more. Goal difference will be very important if this title race goes to the wire.

“After what happened in midweek against Chelsea, that was the perfect response. We have done our side of the job, the pressure is on Manchester United now.”

The Reds briefly moved to the top of the Premier League table before Manchester United reclaimed top spot with a 2-1 win over Sunderland on the same afternoon.

Liverpool narrowly missed out on the league title at the end of the 2008-09 season, but we’re asking you to name Benitez’s XI from that win over Blackburn. The time to beat is 00:59.

If you’re after another challenge after this quiz, why not have a go at naming Liverpool’s top 30 goalscorers in the Premier League?