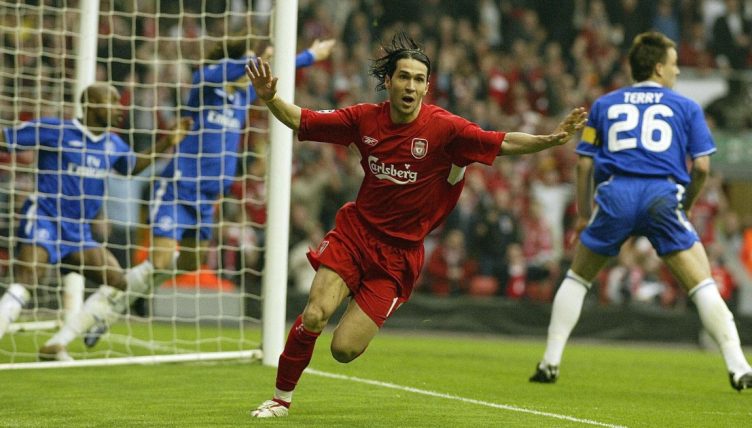 On May 3, 2005, Liverpool controversially beat Chelsea 1-0 in the second leg of their Champions League semi-final to set up their famous final against AC Milan in Istanbul.

Liverpool had worked wonders to reach the last four. They were eight minutes away from a group-stage elimination before their inspirational captain scored a long-range screamer against Olympiacos.

And Rafa Benitez’s side knocked out Bayer Leverkusen and Juventus to set up a meeting with Jose Mourinho’s runaway Premier League leaders.

A goalless draw at Stamford Bridge, while not captivating viewing for the neutral, set up a humdinger of a second leg at a raucous Anfield.

Liverpool scored inside the opening four minutes at Anfield despite Chelsea claiming that the ball did not cross the line. It remains a considerable bone of contention for the Stamford Bridge regulars.

And Benitez’s side defended for their lives in the second half to reach their first European Cup final in 20 years.

The Reds went on to win the competition in incredible fashion – nobody of a certain age can forget AC Milan and Istanbul – but we’re asking you to name their starting XI from the victorious second leg against Chelsea.

The time to beat from our office is 01:07 and a good score is very achievable here.

When this quiz gives you the taste for more, try our challenge to name every player to score for Liverpool in the Champions League.

NEXT QUIZ: Can you name every Liverpool player to have scored in the PL for Klopp?