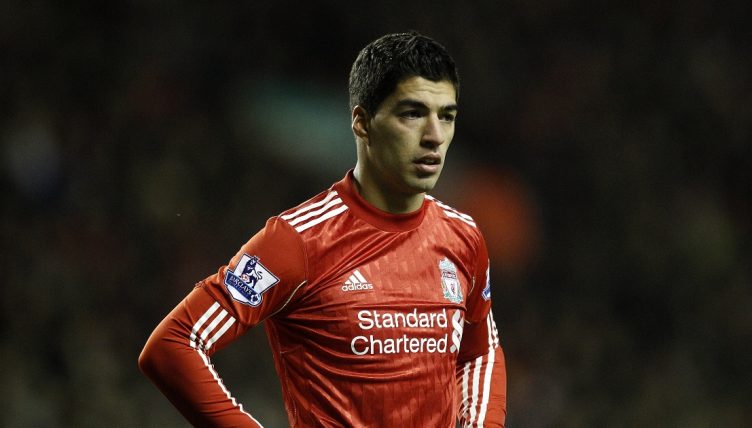 Luis Suarez had a very memorable spell at Liverpool between 2011 and 2014, scoring 82 goals in 133 games for the club. But how well do you remember the XI that Kenny Dalglish sent out on Suarez’s debut against Stoke in February 2011?

The Uruguayan striker arrived alongside Andy Carroll on transfer deadline day. The £35million spent on the ponytailed target man from Newcastle proved to be a disaster, while signing Suarez for £22million from Ajax turned out to be one of the best pieces of business the Reds ever did.

Carroll was out injured with a thigh complaint upon his arrival as Suarez made an immediate impact, coming off the bench against Stoke and opening his account for Liverpool after just 16 minutes – the second goal in a 2-0 home victory against Tony Pulis’ Potters.

The three points saw Liverpool move up to seventh after an underwhelming start to the 2010-11 campaign under Dalglish’s predecessor Roy Hodgson.

It proved to be a year to forget, with third-round exits from the FA Cup and League Cup, a round-of-16 elimination in the Europa League and a sixth-place finish in the Premier League.

But Suarez’s immediate impact gave hope that the good times were around the corner, and he proved influential in the League Cup win the following season, while his incredible individual campaign in 2013-14 nearly fired the Reds to their first title win of the Premier League era.

We want you to cast your mind back to how it all began, though, when Liverpool’s XI was unrecognisable to the beast it is today. The score to beat from the Planet Football office is 04:19.

If that gives you a taste for another quiz, why not try to name every player to score five or more Champions League goals for Liverpool?

NEXT QUIZ: Can you name every Liverpool player to have scored in the PL for Klopp?