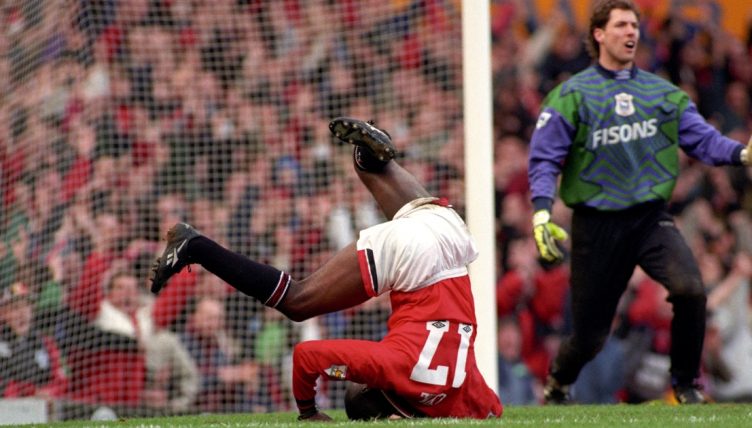 On March 4, 1995, Manchester United thrashed Ipswich Town 9-0. It’s a scoreline that remains a Premier League record, and would remain unmatched for 24 years.

Sir Alex Ferguson’s side were missing talisman Eric Cantona, who was serving a nine-month suspension, but they evidently didn’t need him that afternoon at Old Trafford.

Blackburn Rovers would eventually win out in the title race, but this was a statement victory that put pressure on Kenny Dalglish’s side.

Over two and a half decades later, it remains an iconic Premier League classic, one of only 10 games to boast its own Wikipedia page. So you should be able to remember who featured for the Red Devils, right? We’re challenging you to name every member of their starting XI.

According to Ferguson’s biographer Michael Crick, he was “praying that United wouldn’t reach ten, as he felt sorry for the Ipswich manager” – fellow Scot George Burley.

Famously, the home fans chanted “we want 10”, while the travelling Ipswich fans responded with: “we want one”.

27 years later, it remains the Premier League’s record victory, matched only by Leicester City’s 9-0 win over Southampton in October 2019 and United’s 9-0 thrashing of the same team the following season. Poor Saints.

If this gives you a taste for another challenge, why not try name every £10m+ player Sir Alex Ferguson signed for Man Utd?

The time to beat from the Planet Football office is 02:18.