Can you name Leeds United’s XI from Marcelo Bielsa’s first game as boss? 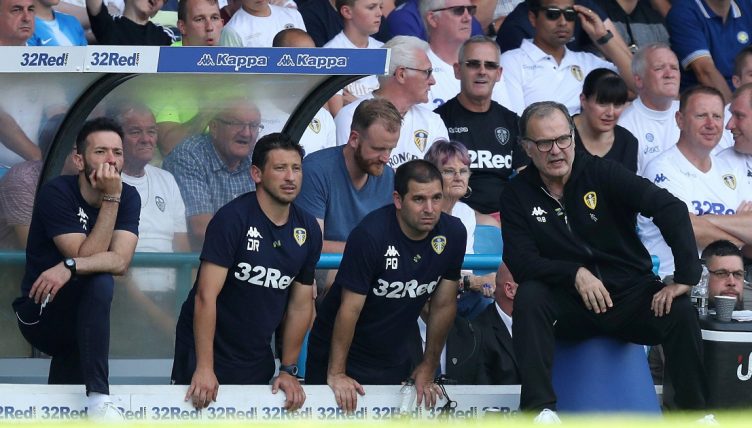 A lot has changed at Leeds United since Marcelo Bielsa took charge of his first competitive game against Stoke City back on August 5th 2018. How well can you recall that 3-1 victory?

It’s a match that’s remembered very fondly by Leeds supporters as it ushered in a wildly successful new period for the club. The Argentinian coach arrived at Elland Road with a great reputation but it was unknown how he would fare after inheriting a side that finished 13th in the Championship the season before.

The visit of recently-relegated Stoke City, who were among the promotion favourites, offered Bielsa’s Leeds a tough test – but they came through it in style with a statement-making 3-1 victory to kick off the 2018-19 campaign.

“It’s too soon to make any analysis either positive or negative [on whether Leeds can challenge this season],” Bielsa told BBC Radio Leeds after the match.

“It was a game with high intensity, our players were very ambitious and they put in a great physical effort. The physical effort pleased me, the productivity was very high.

“We had the hope and the ambition to win. We have a dynamic team, an offensive team. We took risks when we were moving the ball.”

That year would ultimately see Leeds fall to play-off heartbreak, but they regrouped and went up as champions the following year. Bielsa eventually departed in February 2022, having taken charge of more games at Leeds than any other club, and leaves them in the Premier League.

Things are very different since that first match, and what we want to know is whether you can name the 11 players who made it onto the legendary tactician’s first teamsheet.

Our time to beat from the Bielsa diehard in the Planet Football office is 00:58. If you want another challenge after this one, have a go at naming every player that made an appearance for Leeds under Bielsa.