Can you name the Man City XI from Mario Balotelli’s debut in 2010? 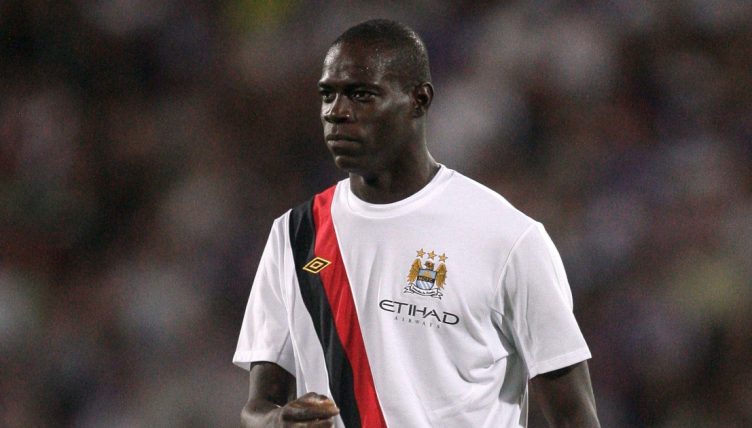 Mario Balotelli is a cult hero at Manchester City but do you remember the starting XI from his club debut in August 2010?

At his unveiling, City boss Roberto Mancini said: “His style of play will suit the Premier League, and because he is still so young there is a big chance for him to improve. He is a strong and exciting player, and City fans will enjoy watching him.”

He certainly got the last part right. The young striker from Inter Milan was box office as his unpredictable nature and explosive talent combined to give City fans some unforgettable moments.

And Balotelli scored on his City debut as his new side edged past Romanian opponents FC Timisoara in their Europa League play-off, cooling firing home after good work from his strike partner.

The former Italy international went on to score 30 goals in 80 City appearances, writing himself in club folklore, but we’d like you to name the starting XI from his debut 12 years ago.

Balotelli started the match on the bench but there are plenty of recognisable names in the City XI. The score to beat from the Planet Football office is 01:02.

And, if you fancy another challenge after this, why not try and name Manchester City’s top 30 goalscorers of the PL era?