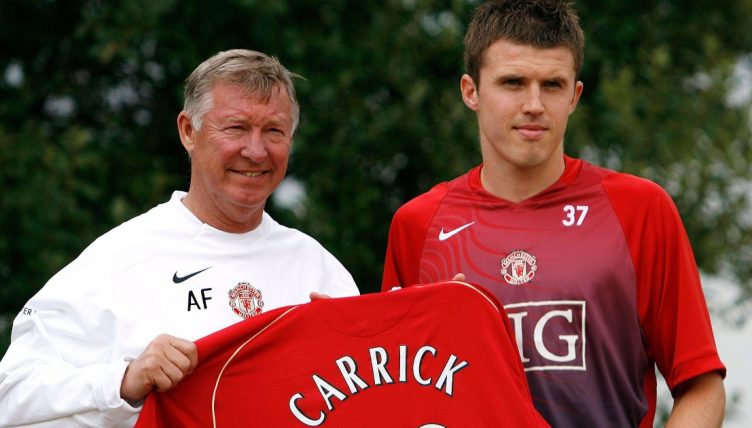 On the 23rd of August, 2006, Michael Carrick kicked off his long and wonderfully successful Manchester United career with his competitive debut in a 3-0 victory against Charlton. How well do you remember that side?

Carrick went on to win everything there was to win with the Red Devils, winning five Premier League titles, the FA Cup, two League Cups, the Champions League and the Europa League, and made over 450 appearances for the club.

The side that he left when he eventually hung up his boots in 2018 was vastly different to the side he walked into, and we’re asking you to name Sir Alex Ferguson’s starting XI from his debut.

The Geordie midfielder had made his first appearance in a 3-1 friendly win over Porto in a pre-season tournament in Amsterdam, but his first competitive appearance was off the bench against Charlton.

He was introduced with United protecting a 1-0 lead against Iain Dowie’s Addicks in the 77th minute, but late goals from two of their star forwards added some sheen to the result.

“One of the things that stuck out to me when we were profiling him and preparing to make a bid was that as a young boy, 16 years of age, he left home to play for West Ham,” Ferguson later told Manchester United’s official website.

“That tells you that the boy had the confidence that he was going to make it. A 16-year-old kid from Newcastle going to east London, that’s a trek, and it impressed me.

“From the minute we bought Michael in 2006, his character has always been outstanding. He’s a football man and that character, coupled with his ability, made him a certainty to be a big success at United.”

The time to beat from the Planet Football office is 01:12. If you’re after another challenge after this one, why not have a go at naming Sir Alex Ferguson’s 30 most-used players at Manchester United?