Can you name the Swansea City XI from Michu’s debut v QPR in 2012? 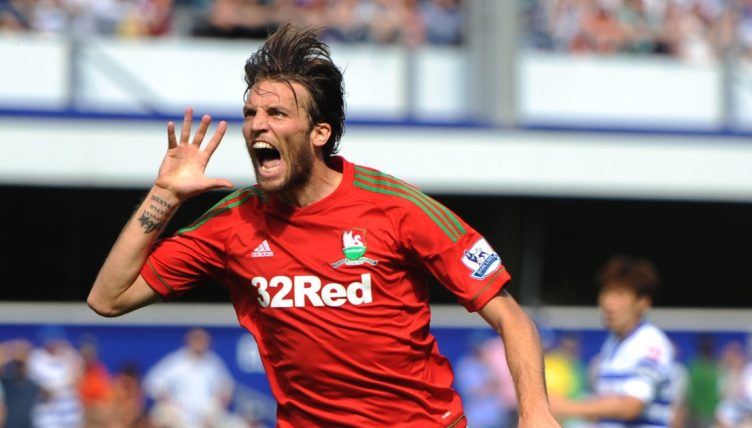 On July 20, 2012, Swansea City signed a little-known player called Michu from Rayo Vallecano. He took the Premier League by storm – but can you name the Swansea XI from his debut?

Michu hit the ground running in English football, scoring twice and providing an assist as Swansea thumped QPR 5-0 on the opening day of the 2012-13 season.

He went on to score a total of 18 league goals that season, including a late match-winning double against Arsenal at the Emirates, strikes against the champions-elect Manchester United while also netting in the semi-final of the League Cup against reigning European champions Chelsea.

It was a purchase which propelled Swansea to League Cup success and European qualification, leaving the scouting teams at the Premier League’s biggest clubs with red faces.

While Michu became the definition of a one-season wonder, his name is fondly remembered by Premier League followers and became a hero for Swansea City.

Here, we’re asking you to name Swansea’s starting XI from that crushing 5-0 win at Loftus Road in August 2012 and we’ve given you Michu’s name for starters.

It’s a line-up packed full of Premier League staples and the time to beat from the Planet Football office is 02:56 – but we reckon you could beat that if you put your mind to it.

And, if this quiz tickles your fancy, why not try to name the 35 highest-scoring African players in PL history?