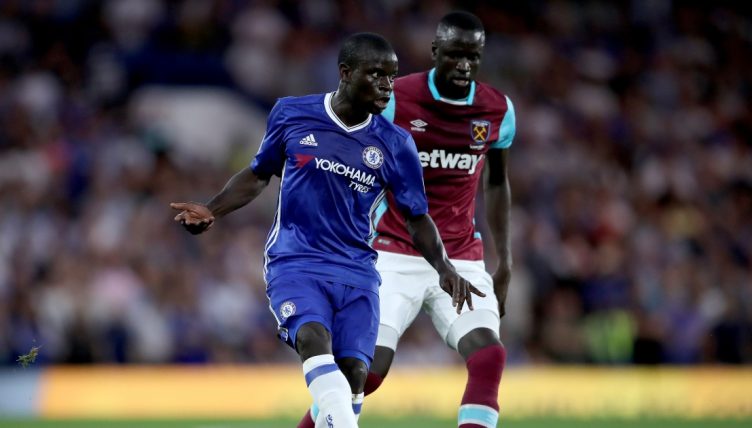 After winning the Premier League title in his debut season at Leicester City, N’Golo Kante then completed a £32million move to Chelsea in the summer of 2016.

Kante was heavily linked with a move to Arsene Wenger’s Arsenal but ultimately became Antonio Conte’s second signing for Chelsea.

The midfielder made his debut on the opening day of the 2016-17 season as Chelsea welcomed West Ham United to Stamford Bridge.

Conte’s side took the lead through a penalty at the start of the second half before James Collins equalised for the away side in the 77th minute. But Chelsea’s No.9 then netted the winner in the 89th minute to help the Blues get 2016-17 off to a perfect start.

Despite getting booked in the opening three minutes, Kante enjoyed an impressive debut and it was a sign of things to come for the France international.

“N’Golo is a great player,” Conte said after the game. “It’s important for the team that a player with a good technique but a fantastic stamina is able to cover a lot of space on the pitch and is able to help his team-mates always.

“We are happy, but I’m happy for the performance of all the Chelsea players.”

Chelsea went on to win the Premier League title at the end of the season, but we’re asking you to name the XI that Conte picked for that 2-1 win over West Ham.  The time to beat from the office is 00:52.

If this gives you a taste for another challenge, why not try to name every player to score a Premier League hat-trick for Chelsea?