Can you name the Arsenal XI from Patrick Vieira’s debut in 1996? 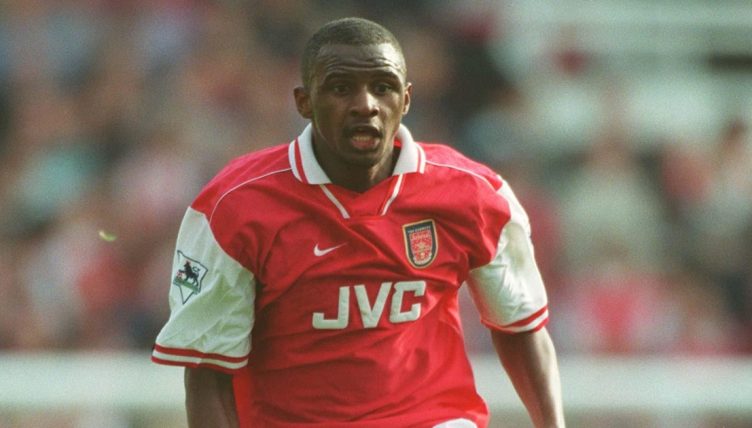 Patrick Vieira is unquestionably one of the best players in Arsenal’s history, but do you remember their line-up on his debut in 1996?

Vieira joined that summer from AC Milan for a fee of £3.5million and was named on the bench during their Premier League home match against Sheffield Wednesday in September.

Under the stewardship of Stewart Houston and Pat Rice – Arsene Wenger would take over as manager a month later – the Gunners hammered their opponents in a 4-1 victory, with a legendary striker helping himself to a hat-trick.

The result was even more impressive considering Wednesday would have gone top with a victory at Highbury and led at half-time.

Vieira made his bow as a first-half substitute and The Times, with the faintest of praise, labelled him as a “thinking man’s Carlton Palmer … who, at last, gives the Arsenal midfield some variety.”

One injured Arsenal player, watching the game from the stands, remembered thinking: “He was there and controlled the ball, and when you think he was going to lose the ball he would pass and put someone in.

“He was a different sort of player. He was one of the first modern midfield players. He was so, so dominating.”

Vieira would go on to make 406 Arsenal appearances, winning a multitude of trophies along the way, and we’d like you to name the starting XI from his first club appearance. The score to beat from our office is 02:21.

If you want another challenge after this, why not try and name Arsenal’s top goalscorer for every Premier League season?