Can you name Barcelona’s XI from Pep Guardiola’s last game in charge? 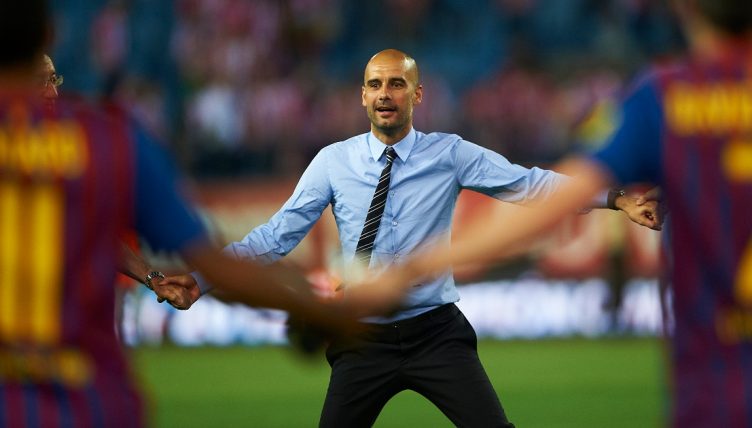 On May 25, 2012, Pep Guardiola’s legendary stint as Barcelona manager came to an end with a 3-0 victory over Athletic Bilbao in the Copa del Rey final. How well do you remember that team?

Guardiola’s final season in charge of his boyhood club proved disappointing, pipped to the La Liga title by Jose Mourinho’s Real Madrid and exiting the Champions League with a painful defeat to Chelsea in the semi-finals.

But Barcelona ensured that the extraordinarily successful coach left Camp Nou on a positive note as they produced a vintage display against Marcelo Bielsa’s Basque outfit.

Three goals inside the opening 25 minutes ensured that the final was little more than a formality, as they cruised to a victory against Athletic – and Guardiola’s opposite number couldn’t help but admire the job he’d done.

“The other extraordinary team [besides Sao Paolo and Brazil], is Guardiola’s team that left a definite mark in the history of football, those of us who could see that team know that we will never see a team like that again,” reminisced Bielsa in 2019.

“The way Guardiola build that team, with extraordinary players, who could also offer that kind of football. There is one thing that defines great coaches – their ability to get 100 per cent out of the capacity of their players. Guardiola got his players to show their full brightness.

“The current generations should analyze what that team really was, there are many ways to show a team after it’s gone and the football industry should, two or three times a year, tell us what that Barcelona was like. There are countless ways to tell it.”

We’re asking you to name Barcelona’s starting line-up from that final. There’s a couple of slightly obscure names in there, but it’s a team mostly made up of all-time greats – so we’re expecting strong scores here. Our time to beat is 03:21.

If this puts you in the mood for another challenge, why not have a go at naming the Barcelona XI that famously beat Real Madrid 6-2 in 2009?