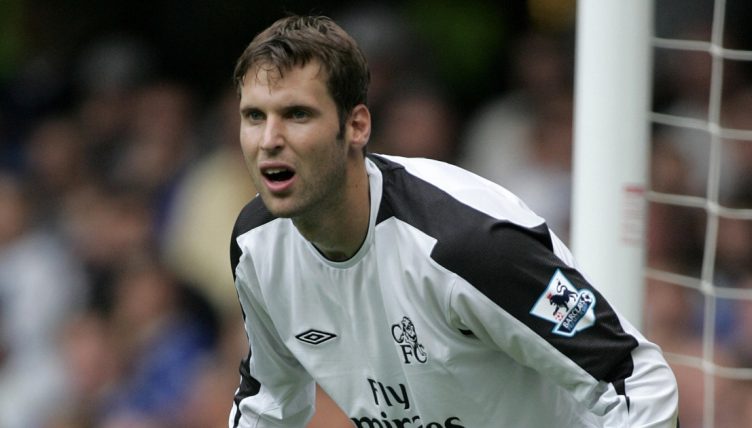 Petr Cech is surely the greatest goalkeeper in Chelsea’s history but can you remember the starting XI from his club debut back in August 2004?

Cech was one of the hottest prospects in European football when Chelsea paid Rennes £7million for his services in 2004.

And, after starring at that summer’s European Championship for the Czech Republic, Cech made his first Chelsea start in a season-opening 1-0 win over Manchester United.

It was also Jose Mourinho’s first game as manager and he named a strong starting XI for the heavyweight clash at Stamford Bridge.

Chelsea would go on to win their first league title in 50 years, conceding just 15 goals along the way, and Cech went on to make 494 appearances for the club while lifting every major honour along the way.

Cech is now a technical and performance advisor at Stamford Bridge and is widely regarded as a club legend, but we’re asking you to name the starting XI from his debut 18 years ago.

It’s a classic Barclays line-up, with some rogue names thrown in for good measure, and we’re expecting strong scores from Chelsea supporters. The time to beat from our office is 02:54.

And if this has you hankering for another brain teaser, then try to name the 35 players with the most Champions League games for Chelsea.