Can you name the Rangers XI from their last game in the Third Division? 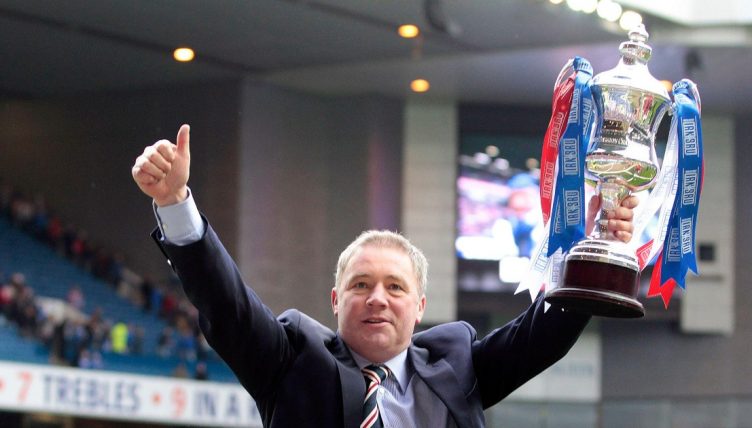 Rangers have come a long way from when they were liquidated in 2012 to reach the final of the 2022 Europa League. Can you remember the side that started that journey by winning the league in the final game of the 2012-13 season in the old Scottish Third Division?

Back then they were led by Ally McCoist, who assembled a rag-tag group of academy players and those loyal enough to stay with the club after their administrative plummet to the fourth tier of Scottish football.

Regardless, they still regularly brought in crowds of over 50,000 at the Ibrox and stormed to the title, earning the first of their three promotions in four years that saw them return to the Scottish Premier League.

“A dream job at a nightmare time,” life-long Rangers fan McCoist said of his time in charge of the Glasgow side, which ended in late 2014.

“I don’t regret taking the job because it was my club growing up as a boy and I played there for 15 years, but it was anything but managing.

“We had four players turn up for pre-season training. Absolutely crazy.”

Rangers finally won the SPL for the 55th time, the first since their financial collapse, in 2020-21 and now find themselves in a European final, but can you remember the players who were given a guard of honour by Berwick in the final match of the 2012-13 season all those years ago?

Rangers won the match 1-0, but this quiz won’t be an easy victory even for the most hardcore Gers fanatics. The time from the office to beat is 04:01.

Once you’ve beaten that, why not try your hand at recalling the Rangers’ XI from the 2008 UEFA Cup final vs Zenit?

Can you name the Europa League’s top scorer for every season since 1990?