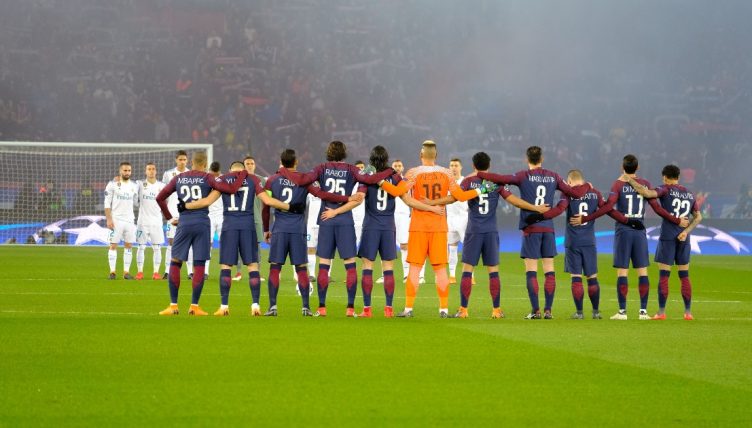 When Real Madrid faced Paris Saint-Germain in a Champions League knockout clash in 2018, they made it through with a 2-1 second-leg victory in Paris. Can you name their XI from that night?

On March 6th, 2018, Los Blancos travelled to the French capital as the strong favourites to make it through, having gone into the match with a 3-1 lead from the first leg at the Bernabeu.

Zinedine Zidane’s men were looking to win their third successive Champions League, a feat unprecedented in the modern era, having dispatched Italian champions Juventus and city rivals Atletico Madrid in the 2016 and 2017 finals.

They would eventually triumph with a 3-1 victory over Liverpool in the final in Kyiv, but before that they had to make it past Unai Emery’s PSG side – who boasted a fearsome front three of Kylian Mbappe, Edinson Cavani and Angel Di Maria.

Cavani did get on the scoresheet for the Parisiens that night, but their fightback was short-lived and futile, with their task made extra tough after Marco Verratti’s sending off in the second half.

During that three-peat era, Zidane’s Madrid were known for playing a 4-3-3 system, with some era-defining figures in midfield and attack. Some of those featured here, but others missed out as the French coach instead opted for a 4-4-2 formation.

The time to beat from the Planet Football office on this one is 02:33.

If this gives you a taste for another challenge, why not try name the 25 players Real Madrid have signed from the Premier League?

If you’ve not already, sign up for a Planet Sport account to access hints for those tricky answers, to reveal the ones you’ve missed, and register your score on the leaderboard. Registering is free, fast, and gets you access to old articles as well as site personalisation and competitions.