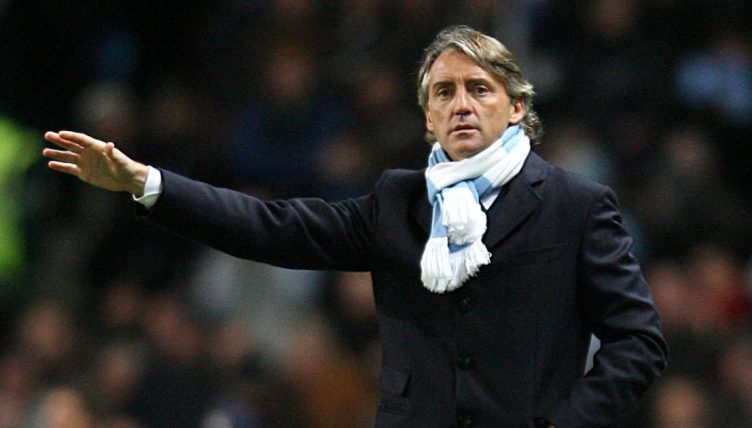 Robert Mancini began his memorable reign as manager of Manchester City with a 2-0 victory over Stoke City on Boxing Day 2009. How well do you remember the occasion?

The Italian, who had been hugely successful at Inter, was the first superstar manager to arrive at the Etihad in the Sheikh Mansour era. Mark Hughes had been relieved of his duties a week earlier, despite leading City to a 4-3 win against Sunderland.

Prior to that, City had only won one of their last 10 league outings and their bid to finish in the top four for the first time in the Premier League era was seriously faltering.

“What is absolutely clear is that Roberto believes in Manchester City’s potential to achieve at the highest level and importantly in his own ability to make this happen.”

He was unable to quite lead City to Champions League qualification in the end, as Tottenham pipped them to fourth spot, but it proved to be one of the most significant managerial appointments in modern English football history.

Mancini would later claim legendary status in the blue half of Manchester, hleading them to the title in 2012 – their first since 1968, and the first of six (and counting…) in the Premier League era.

Mancini got off to a flying start, winning his first four matches as a Premier League manager, but can you remember the first starting XI he picked as City boss? It was a relatively routine 2-0 home win against Tony Pulis’ Potters, with both goals coming in the first half.

The time to beat from the Planet Football office for this one is 03:11. If this puts you in the mood for another challenge, why not try and name City’s top 30 goalscorers of the Premier League era?