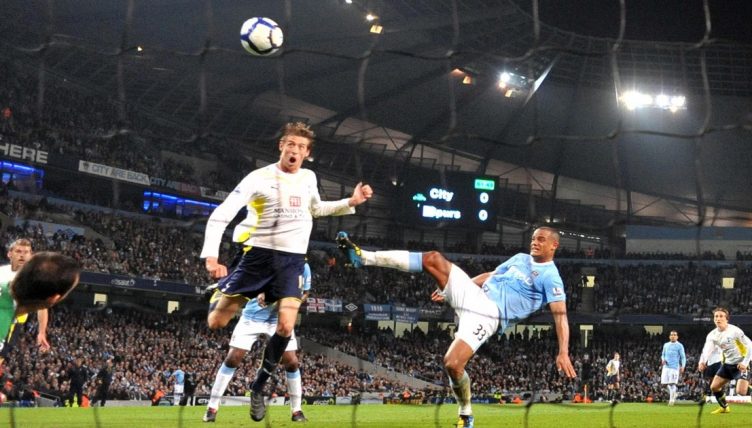 On May 5, 2010, Tottenham beat Manchester City 1-0 to secure a top four finish for the first time in the Premier League era.

It was the penultimate game of the 2009-10 season and Tottenham were sat fourth in the league table, one point ahead of City.

Harry Redknapp, who took over a Spurs side that were bottom of the league in October 2008, transformed their fortunes and built an exciting team.

But City were bankrolled by their new owners and had spent around £125million on new signings during the 2009 summer transfer window.

The game at Eastlands was a cagey affair as both sides knew what was at stake but Spurs started to dominate after the break.

Tottenham got the decisive goal in the 82nd minute when their No.15 reacted quickly and headed the ball past City goalkeeper Martin Fulop.

“It’s fantastic,” Redknapp said after the game. “It’s been a terrific season for us, we’ve played some great football and we deserve it. Finishing fourth gives me a lot of pleasure. It’s great for the club.”

Redknapp’s post-match interview was famously gatecrashed by substitute David Bentley, who poured a bucket of iced water over his boss.

We want to know who lined up for Tottenham that day and the time to beat from the Planet Football office is 01:49.

If you want another challenge after this, why not try and name every manager to take charge of Tottenham in the Premier League?