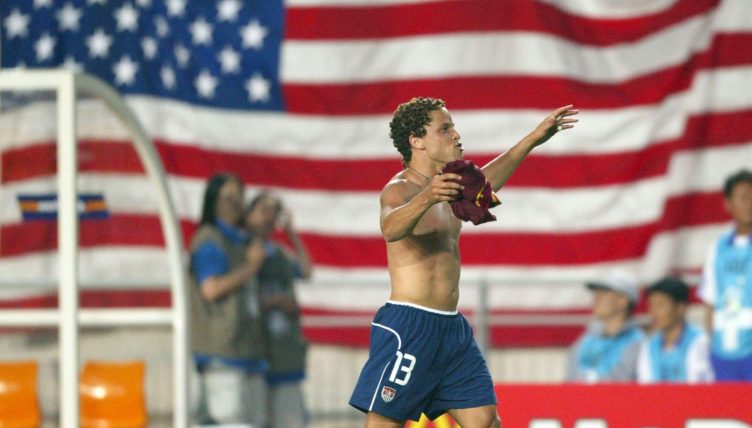 The United States recorded one of the greatest upsets in World Cup history with a 3-2 victory over fancied Portugal in 2002 – but can you remember the starting XI from that famous night in Suwon?

Nothing was expected of Bruce Arena’s side before the tournament in South Korea and Japan; the USA had lost all three matches at the 1998 World Cup and Portugal, their first opponents, were one of the favourites for the trophy.

But Luis Figo, Rui Costa and co were caught cold by a stunning American performance. Arena’s side raced into a 3-0 lead to leave the watching world in shock.

Portugal rallied with two goals, but the USMNT held on to recall their most notable success since beating England in the 1950 World Cup.

In an unpredictable World Cup, the USA escaped their group and beat arch-rivals Mexico in the last 16 before an unlucky defeat to Germany in the quarter-finals.

They haven’t progressed further in three subsequent World Cups, but they’re back for the 2022 edition after missing out four years ago and are given a similar chance as Wales to qualify from Group B in Qatar, alongside England.

Their 2002 side is still celebrated by American football fans so we’d like you to name the starting XI Arena named to beat Portugal. There’s a few names that’ll be familar to Premier League fans but others may prove more challenging. The score to beat from the Planet Football office is 03:54.

If this puts you in the mood for another challenge, why not have a go at naming the 23-man England squad Sven-Goran Eriksson selected for this very same tournament?

NEXT QUIZ: Can you name every member of Brazil’s 2002 World Cup squad?