Can you name the Villarreal XI from their CL semi-final v Arsenal, 2006? 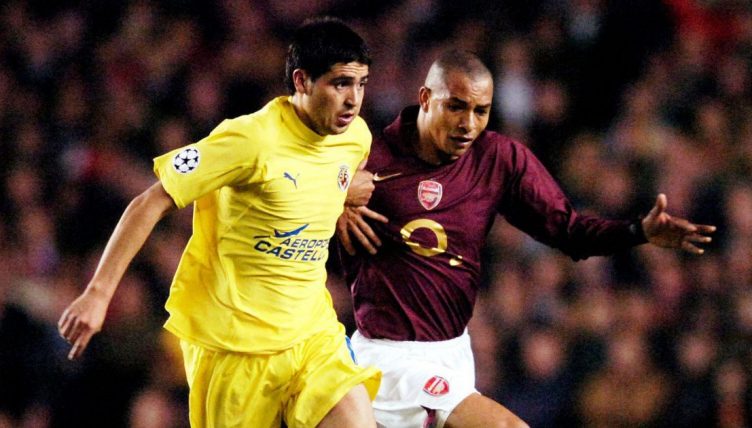 Despite coming from a town of just 50,000 inhabitants, Villarreal regularly punch above their weight in Europe and reached the Champions League semi-finals in 2006 – but can you name their starting XI from the second-leg clash with Arsenal?

Under the management of Manuel Pellegrini, Villarreal had assembled a talented squad that was able to mix it with the best teams in Spain. And, after beating Everton in the qualifying rounds, they reached the Champions League for the first time in 2005-06.

They remained undefeated during the group stages, finishing top of a section containing Manchester United, and defeated Rangers and Inter Milan to reach the final four.

Arsene Wenger’s Arsenal stood in their way and the Yellow Submarine suffered a 1-0 defeat in the first leg following Kolo Toure’s winner.

Villarreal laid siege to the Arsenal goal during the return match, with Jens Lehmann forced to make a number of great saves.

A certain Argentine playmaker, the lynchpin of Pellegrini’s side, had the chance to send the tie into extra-time but his weak penalty was saved by Lehmann and Arsenal progressed to the final in Paris.

It was a heartbreaking night for Villarreal and we’re asking you to name the XI that Pellegrini named for the match in April 2006. We’ll be impressed if you can name all of them.

If this gives you the taste for another quiz, try naming the top 30 goalscorers in Champions League history.