Can you name the Germany XI from the 2014 World Cup final? 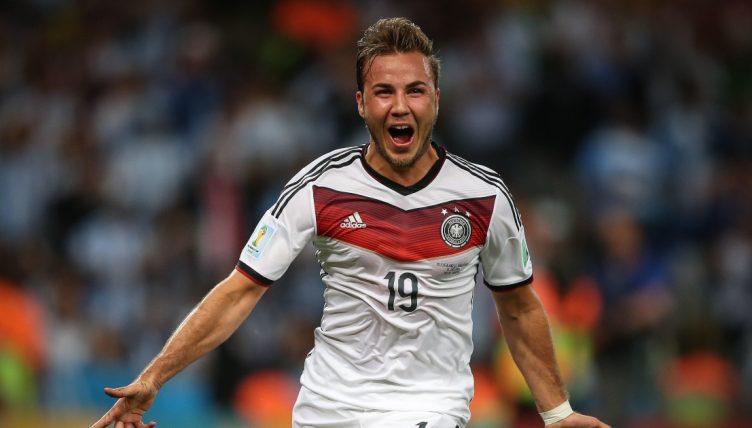 Mario Gotze wrote himself into World Cup folklore with his winning goal for Germany in the 2014 final against Argentina but he didn’t start the match. Can you name Germany’s starting XI from their glorious night at the Maracana?

Germany were one of the pre-tournament favourites before the finals in Brazil and lived up to their billing with a 4-0 thrashing of Portugal in their opening game.

But doubts grew over Joachim Low’s side during their stuttering run to the semi-finals, with opponents such as Ghana, the United States and Algeria giving Germany plenty of unexpected problems.

Then came ‘the 7-1’. Faced with the hosts in the semi-finals, Germany ran up one of the most shocking scorelines of all-time and their victory over Brazil left the entire footballing world stunned.

Expectations were naturally raised before the final against Argentina but their opponents, with Lionel Messi in their side, were always likely to be tougher than their South American rivals.

A tense and cagey final ensued, with Argentina having the better chances, and a goalless 90 minutes led to extra-time. Then, just as penalties loomed, Gotze scored an acrobatic winner to give Germany their fourth World Cup crown.

Germany were the best team of a good World Cup but we’re asking you to name the XI Low picked for the final with Argentina. The score to beat from the Planet Football office is 01:45.

If this gives you a taste for another challenge, why not try and name the top goalscorers in the history of the World Cup?