Can you name Barcelona’s XI from Yaya Toure’s La Liga debut in 2007? 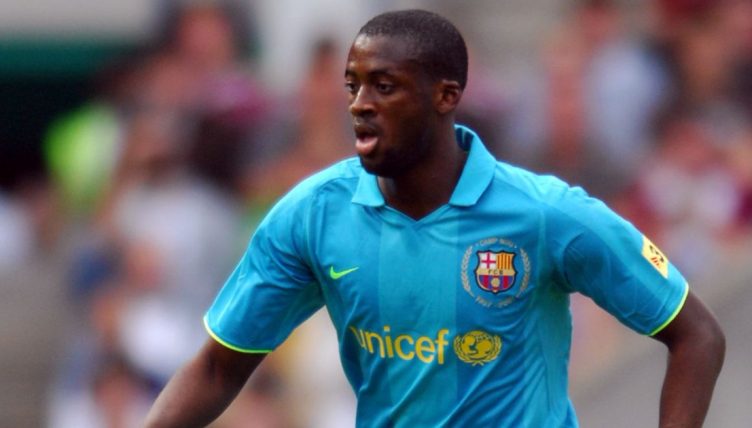 On August 26, 2007, Yaya Toure made his La Liga debut for Barcelona, starting off a glorious three-year stint in Catalonia that would see him win two league titles, a Copa del Rey and the Champions League. But how well do you remember that first game?

On the opening day of the season, Barcelona travelled to Santander to face Racing and manager Frank Rijkaard gave a start at the base of midfield to the club’s new €10million signing.

After impressing for the Ivory Coast at the 2006 World Cup, Toure moved to Monaco, where he kicked on again. He would spend just one season in the principality, standing out and attracting attention from a raft of Europe’s top clubs.

Barca won the race and Rijkaard slotted the Ivorian straight into the starting XI, alongside some very illustrious names and a few others that are less easy to get.

Neither side could muster a goal – the game ended 0-0 – and it was the start of a disappointing campaign, that Barcelona finished third in the league and without any trophies in the cabinet.

Rijkaard was sacked come the end of the season, Pep Guardiola was brought in and, well, you already know what happened next.

After accumulating a strong collection of winner’s medals under Guardiola, Toure would eventually move on to Manchester City in 2010.

What we want you to do here, though, is cast your mind back to the Ivorian’s debut and the team that lined up with him in Santander. The time to beat from the office is 00:54.

If this gives you a taste for another challenge, why not try to name the Barcelona XI that beat Real Madrid 6-2 in 2009?