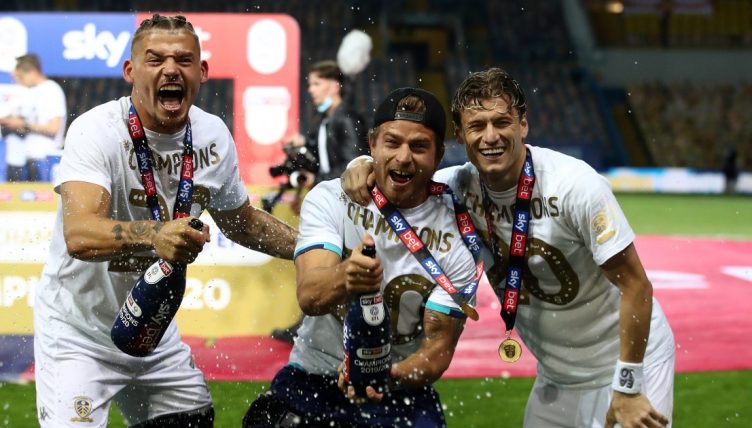 Just stop the world now; Gaetano Berardi is playing for Leeds United in the Premier League, and there’s nothing else I need to see in life.

Leeds’ slightly insane defender made a return to the pitch on Tuesday when the team faced Southampton in their penultimate game of the season. We’ve not been graced with his presence since he injured his ACL against Derby in the penultimate game of last season, and my god, how times have changed. Leeds are flying, and it was about time Gaetano Berardi was a part of that.

Berardi has (in)famously split fans’ opinions across the last seven years he’s been at Leeds, but you’d be hard-pressed to find much wrong with his return in the 2-0 victory at Southampton. As Marcelo Bielsa quite plainly put it, Berardi “didn’t commit any errors” in his first game back. By which I think he meant, he didn’t headbutt anybody into oblivion and largely refrained from assaulting anyone on the pitch. A win, as far as I’m concerned.

Rewind slightly to his first game for Leeds back in 2014, when he was sent off for two-footing an Accrington Stanley player in the chest, followed by another red in his fourth appearance, and you’ll start to realise why he picked up a bit of a reputation as well as enough cards to fill a branch of Clintons in those early days.

The chaos didn’t stop there, though, and in 2017, Berardi took it upon himself to headbutt Bristol City’s Matty Taylor. I don’t condone violence, but it gave rise to some sensational photos. All is forgiven.

Perhaps slightly less is forgiven by some members of the fanbase for *that* playoff game against Derby County back in 2019, when a costly red card admittedly played a part in a loss that ended promotion dreams. One red card too many? I’m still not convinced. I would probably let that man kill someone before I slated him, granted, but all personal bias aside, we love him because of all of this ridiculous drama, not in spite of it.

Seeing him at the promotion celebrations last year, laden with crutches and a wide smile, felt bittersweet, like we might never see him again. But if there’s one thing to remember when it comes to Berardi, it’s to keep that faith that something even more unpredictable is coming. I’d been ready to completely write off ever seeing Berardi play for Leeds again, but the fact that when I finally did, it was with such a solid performance in the Premier League, securing three points and a top-half finish for the club, suddenly all felt very fitting.

Although it must be said, I can’t help but feel mildly disappointed that Leeds’ resident lunatic didn’t wreak havoc by way of aggressive footballing madness on Tuesday. It seems counterintuitive to want to watch your own players absolutely lose their minds on the pitch, but there is something about when Berardi does so that makes me want to worship him.

Not that I wish for anyone to be on the receiving end of it, but it would be nice to relive the Berardi chaos one last time. Perhaps he has something prepared for West Brom.

Berardi’s presence on the bench in these last few games of the season have sparked murmurs among Leeds fans that he just wasn’t good enough for the Premier League. But I don’t think it’s too controversial to say that similar worries were rife about playing an almost exclusively Championship team in the top flight, y’know, before we decided we were actually really quite good at football.

Very few Leeds fans could put their hands on their hearts and say that players bought for hundreds of thousands of pounds in years gone by could cut it in the Premier League. But they do. And it turns out, so does Berardi. Those 45 minutes of pure joy against Southampton hopefully ended scepticism about the centre-back, and while it feels slightly foreign to feel actual elation as a Leeds fan, I think we can thank Gaetano for what will hopefully be such a wholesome end to his time at Leeds.

Delighted for you brother! This man is everything we are about and more. An example for everyone. 🤍👏🏻 pic.twitter.com/N5PzMVdA79

I realise this is a bit of a juxtaposition considering I’ve just written extensively about what a raging maniac the man is, but life is about balance, and he’s pretty much nailed that.

If the last 16 years have taught Leeds fans anything, it is to be ever the pessimist. And so I’m trying not to fall too in love with Berardi all over again, as the unfortunate reality is that he won’t be at Leeds next year. With his contract running out at the end of this season, I’m worried for my own state of mind if I never get to see another Berardi moment of madness. One year was painful enough.

With one game left, it would only be fair for Leeds to provide West Brom players with extensive reams of bubble wrap if Berardi is on the pitch on Sunday, and I’m more than happy to chip in if it means witnessing completely unharnessed bedlam.

As the rest of the Premier League breathe a sigh of relief that their foreheads remain intact, it’s pretty safe to say that Leeds’ fans, players, staff and the man himself will miss spending 90 minutes wondering who his next victim is going to be.