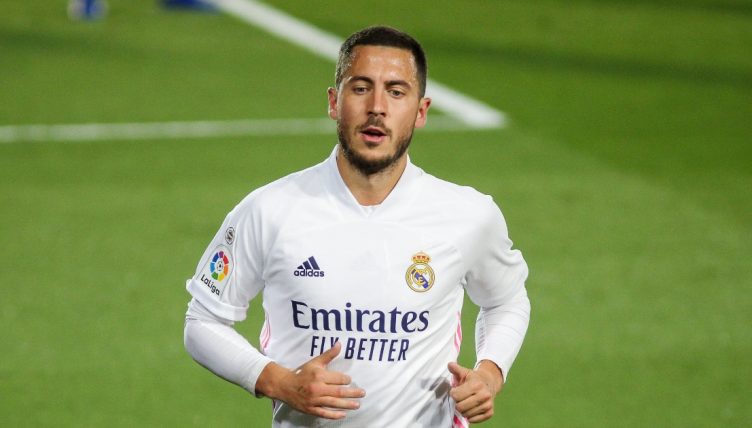 When Eden Hazard made his move to Real Madrid in the summer of 2019 for an initial fee of just over £100million, he did so as one of Europe’s best players. Two seasons of disappointment, angst and injury followed. But now, it looks like he may be back to his best.

We have seen it before with the mercurial Belgian. One world-class season is followed by a lull. An underwhelming 2015-16 season brought with it just four goals and four assists and undoubtedly played a role in the sacking of Jose Mourinho.

This was preceded by a campaign of 14 goals and 10 assists. The following 2016-17 season brought 16 goals and five assists.

“I’ve had more ups than downs in my career,” the winger explained in an interview with the Irish Times in February 2016, just two months after the ‘special one’ had been dismissed.

“All you can do is keep working. You still have to take enjoyment out of what you’re doing, and things will turn, and my smile has always been there. In good moments and bad.”

Hazard’s ethos is clear; do not allow the lows to consume you. However, it is an ethos that has been stretched to breaking point at the Bernabeu. Criticisms of his physique, laughing after a Champions League exit and missing over 50 games with injury; it has not yet been the career-enhancing move it was meant to be.

How will you bounce back from this one then, Eden? Have you kept that smile? In Carlo Ancelotti’s first match since returning to the club, he showed he has. All aboard the latest Hazard redemption tour bus!

With Zinedine Zidane out and La Decima’s helmsman back in, experience was favoured over youth. Hazard started in a front three alongside Karim Benzema and Gareth Bale; Vinicius Junior and Marco Asensio dropped to the bench. An exquisite touch not only justified Hazard’s selection but, just maybe, the fee paid for him two years ago too.

It was a brave move from Ancelotti to play Benzema alongside two team-mates who, to put it lightly, are not exactly fan-favourites.

Karim Benzema is up and running for the new season! 🔥

Eden Hazard's GENIUS flick teed it up and the French international smashed it into the back of the net 😱 pic.twitter.com/5mNpKjXw2A

Hazard’s Chelsea career was defined by decisive, match-winning moments, and he was the catalyst of a 4-1 drubbing of Alaves on the opening weekend of 2021-22.

With Los Blancos struggling to find a route to goal, he rediscovered that talismanic touch. As a deep Bale cross floated to the back post and Lucas Vasquez took control, Hazard glided into the penalty area. Then, suddenly, Benzema was volleying the ball into the back of the net.

It happened at such speed that, initially, it was hard to process exactly what you had seen. A Vasquez pass found the Belgian who then seemed to tap it to Benzema. Like so much of Hazard’s brilliance to date, it looked so simple, but it was anything but. On closer inspection, Hazard showed the audacity, bravery and unparalleled technique that once made him one of the world’s best.

With a flick of his right foot, a chop that would make Cristiano Ronaldo raise his perfectly sculpted eyebrows, the ball was chipped into the path of the Frenchman, who was able to easily swivel and lash the ball past Fernando Pacheco to put Madrid ahead.

Vinicius Junior replaced Hazard just after the hour mark. Along with Nacho and Benzema, the Brazilian helped Madrid to three more goals. But, by the time the gloss was added to the scoreline, the key to these three points was already sat in the stands.