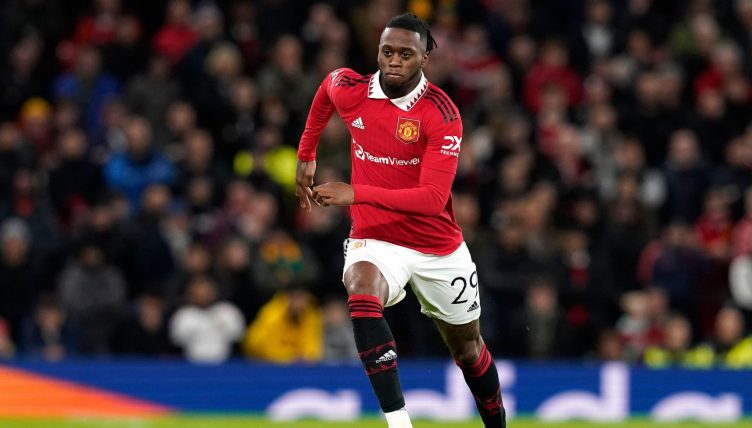 Forget the two goals, one moment during Manchester United’s comeback win over Manchester City stood head-and-shoulders above the rest as Old Trafford lost its collective shit.

United were losing and, in truth, had been battered by a second-half performance from their noisy neighbours that bore all the hallmarks of serial champions cruising through the gears.

But one red-shirted defender got hold of Pep Guardiola’s script and ripped it into a thousand pieces, bits of paper flying across windswept Manchester as the horizontal rain lashed down.

Aaron Wan-Bissaka had fallen down the pecking order at Old Trafford, gathering cobwebs on the substitutes’ bench as Diogo Dalot became the first choice at right-back under Erik ten Hag.

An injury to Dalot offered the chance of redemption but nobody quite expected this; Wan-Bissaka gathered the ball inside his own half as City, feeling under no threat by the man in possession, starting eating a picnic until some more urgent defending was required.

Acting affronted, the United defender beat Jack Grealish with ease before passing the ball off to Casemiro. Instead of pausing the game to deal with his nosebleed, as expected, Wan-Bissaka received it back and decided upon chaos.

Bernando Silva had his pants pulled down. Rodri was sent on the next easyJet flight back to Madrid. Joao Cancelo was turned inside out like a pair of dirty jeans.

Eventually, Wan-Bissaka laid the ball off to Christian Eriksen as Old Trafford showed its appreciation. The game was already in the bag.

"I swear you'll never see anything like this ever again… so watch it, drink it in…" https://t.co/OaJjoKOy8d pic.twitter.com/oHPQY19BX1

“There is something there,” Ferdinand said about Wan-Bissaka for BT Sport prior to United’s 2-1 win. “The manager has obviously put his trust in Dalot on what he has seen on the training ground.

“But obviously here are other elements of his game that aren’t as good as other players. You have to give him credit because his nose has been put out of joint, he was the one with the shirt and the manager has come in and said “you are not the guy any more”, but when he has come in he has looked solid enough and that’s the attitude you want.”

He added: “When I played there were players who didn’t play every week. John O’Shea, Wes Brown, Jonny Evans etc – but when called upon they came in and gave top performances and that is down to professionalism and the culture at the club.”

Most observers expected the 25-year-old to leave Old Trafford this month, with Crystal Palace, West Ham and Wolves all interested in his services.

There’s no chance of that now. Especially as United have a dribbler to rival prime George Best in their ranks.

TRY A QUIZ: Can you name the top 18 goalscorers in PL Manchester derbies?