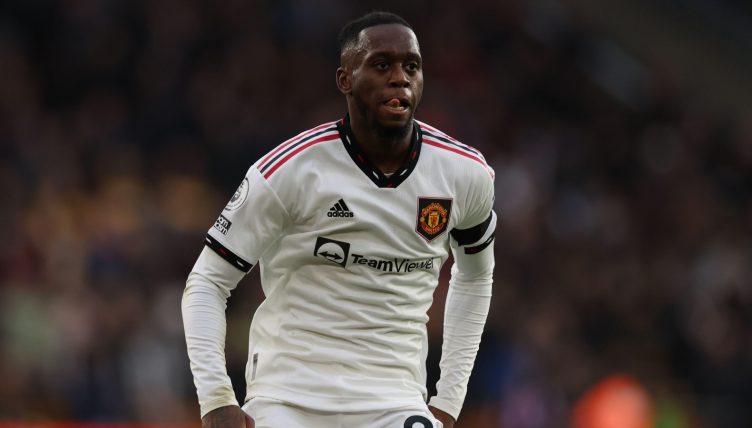 ‘Oh my God, it’s Aaron’. A phrase that’s been muttered by the Stretford End regulars with distaste in recent years has just acquired a whole new meaning.

Manchester United had just seen their winning run ended by Crystal Palace, with Michael Olise scoring a stupendous free-kick to level the scores and reacting with extreme nonchalance.

But United could have lost. They, arguably, should have lost. Wilfried Zaha burst into the penalty area and it didn’t take the imagination of Roald Dahl on acid to picture the goal net billowing and Selhurst Park losing its collective shit.

They figured, however, without Aaron Wan-Bissaka. For all the criticism he’s received over his lack of attacking thrust, Wan-Bissaka’s defensive skills have never been in question.

So, with the obituaries about to be penned for the shortest Premier League title challenge in history, the United defender bounded back and hooked the ball from Zaha’s toes. Coaches across the land will pick up their coaching manuals this morning and see the tackle frame-by-frame in front of them.

Back in south London, the sigh of relief from the away end was audible over passing jumbo jets. United had gotten away with one, and Wan-Bissaka was the reason why all that derby hysteria from the weekend hadn’t just completely evaporated.

Without AWB? We lose pic.twitter.com/obkDrMdxCy

“Any other player…” Zaha told Sky Sports afterwards. “As I’m running through, I had a little look back and I thought ‘oh my God…it’s Aaron.

“He’s the only one that can do a scoop tackle. So it was a great tackle.”

Frozen out and seemingly destined to leave Manchester United, Wan-Bissaka has arguably become the club’s most-improved player this season.

From a shell that looked incapable of trapping the ball during the darkest days of Ralf Rangnick’s reign, the full-back has grasped the chance presented to him because of Diogo Dalot’s injury.

Rewind a few months and United fans would’ve shuddered at seeing Wan-Bissaka’s name on the team sheet and speculated whether or not Erik ten Hag was thinking clearly.

The muttering has vanished, for the moment at least. While United will almost certainly target a new right-back in the summer transfer window, there seems little need to move for Denzel Dumfries in January.

In Wan-Bissaka, United have a player whose confidence has flooded back. A player that any winger in the league wouldn’t fancy besting in a one-on-one duel. A player that did a passable impression of George Best in the derby, for heaven’s sake.

And it seems that Ten Hag agrees. After Wan-Bissaka’s first two games back for United, he said: “First you have to be on the pitch, and in the first half of the season he was either injured or ill, so he didn’t have a role in the squad.

“So, I think the break was good for him. He returned, he was in the training camp in Spain and could play some games in preparation of the restart, and now he’s playing two games and he’s doing really well, so I’m happy with his performance.”

Every single United fan will be happy with his recent performances. “It’s Aaron…’ has taken on another dimension these days.

READ NEXT: 7 players that Ten Hag has improved at Man Utd: Varane, Rashford…