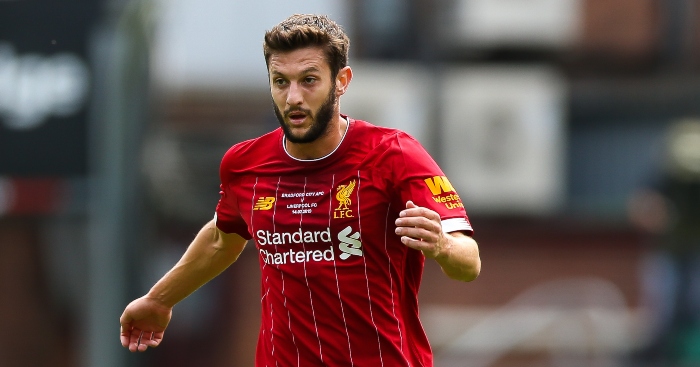 One of the biggest indicators of just how far Liverpool have come under Jurgen Klopp has been the quality of player they have shed while being moulded into European champions.

Emre Can departed on a free transfer to little fanfare. Daniel Sturridge was released after being relegated to fifth-choice forward at best. Philippe Coutinho was sold for a potential profit of well over £100million only for Liverpool to actually get better without him.

That doesn’t mean they are bad footballers, and often misfortune has been to blame.

After all few supporters were calling for the inclusion of Trent Alexander-Arnold or Joe Gomez when Nathaniel Clyne was first-choice right-back prior to his untimely back injury on the eve of the 2017-18 campaign, yet the former England international now feels like a relic of a bygone era at Anfield as he spends his summer deciding which club to join permanently after ending last season on loan at Bournemouth.

That summer of 2017 saw another of Liverpool’s former Southampton contingent in Adam Lallana struck by his own case of bad luck as, like Clyne, he suffered an injury in pre-season that has restricted him to just six Premier League starts ever since. His name now elicits a general groan of weariness from supporters on social media.

Indeed, when assessing Klopp’s options in midfield for ESPN this weekend, former Liverpool defender Steve Nicol said: “I think it’s pretty clear the odd man out in that lot is Lallana.

“At his best he can give you a little sparkle. Unfortunately, in his time at Liverpool, he’s not really been at his best very often. So right now, for me, he is the one completely on the out.”

The timing of Nicol’s comments was a little curious, however, given Klopp had himself provided his own intriguing assessment on Lallana’s qualities after selecting the player in a deeper midfield role in friendlies against Tranmere Rovers and Bradford City. 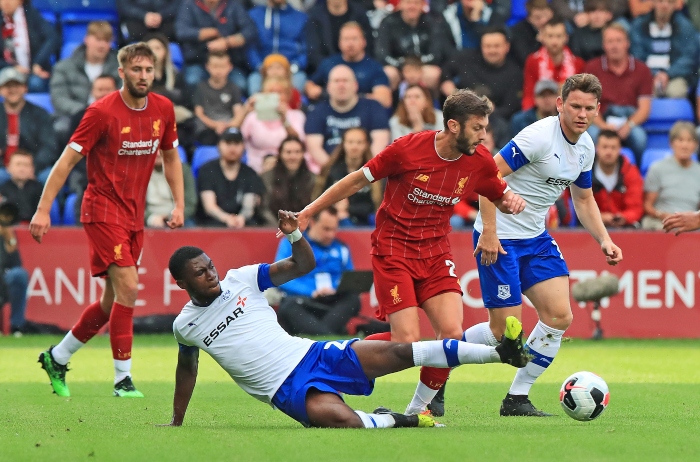 “Adam is the kind of player who can play that and he enjoys this ‘Jorginho’ role – I hope Maurizio Sarri doesn’t see the games or he will make an offer,” Klopp said.

“It is about getting Adam rhythm, bringing him in early and doing things he is naturally good at: small spaces, passing the ball, and then from time-to-time offering the runs in behind as well and together with Milly that is possible. For us it is another option.

“He needs a bit of luck, like we all do in life. We have to come through without injuries, that would be cool, and then we have a couple of new players, I would say, this season.”

It has perhaps been forgotten why Klopp remains so faithful to Lallana while others have had to leave Merseyside, but it’s quite simple: Lallana has been an excellent player for Klopp during his time at Liverpool.

For the best part of two seasons after Klopp replaced Brendan Rodgers as Reds boss in October 2015, Lallana was a key player and appeared the ideal style of footballer for the German, playing in a midfield three and combining a tireless work ethic with a slick technique the likes of Jordan Henderson and Georginio Wijnaldum can’t match.

Indeed, it only took one match for Lallana to make an impression on Klopp, with the manager lauding the England international as “brilliant” after Liverpool drew at Tottenham in his first game in charge.

And the duo went from strength to strength together, with Lallana scoring the dramatic winner that saw Klopp break his glasses in a crazy 5-4 victory over Norwich City later that season and also notching in the Europa League semi-final win over Villarreal.

Another one you can’t forget is this one:

The mental 5-4 with Norwich back in 2016, where after coming back from 3-1 down, Lallana scored a 90th minute winner to make it 5-4. Queue mental celebrations and Klopp losing his glasses 😂😂

The following season saw Lallana produce his best in a Liverpool shirt, setting the tone early on with an excellent goal in the opening day 4-3 win at Arsenal and rounding off the campaign with the club’s final goal of the season as a win against Middlesbrough secured a return to Champions League football.

Were it not for injuries, there is little doubt Lallana would have been heavily involved in Liverpool’s runs to two Champions League finals in the last two years.

But now he is 31 with a host of fitness issues behind him. Lallana may no longer be capable of performing in the high-intensity role as a No.8 in Klopp’s side – which is why a change in role could revitalise the player.

Lallana is a tidy enough player on the ball to keep things ticking over and also has the technical ability to turn and find space if teams try to target him and press high up the pitch.

Klopp is not expecting Lallana to oust Fabinho as Liverpool’s holding midfielder and, with just a year left on his contract, the midfielder may ultimately go the same way as Can, Sturridge and Alberto Moreno in departing on a free transfer next summer.

But both the manager and player deserve credit for refusing to give up on each other when they have shown on plenty of occasions they can dovetail so effectively.

As Klopp said in March after Lallana had been brought in from the cold to impress in a 4-2 victory at Burnley: “His attitude was always incredible so why should I doubt him? Only the football world outside makes a player old too early. I don’t think like that.”