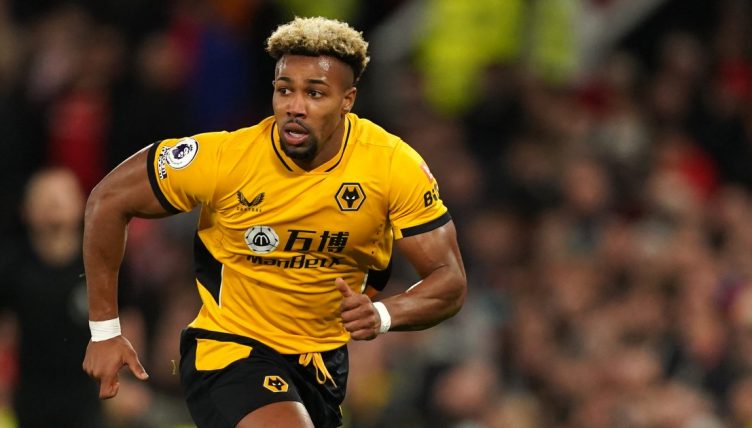 Though it is still common in Scotland, the tradition of first-foot has died off somewhat in recent years in the North of England. But Manchester United may well have made a poor attempt at prompting a resurgence on Monday night.

First-foot tradition dictates that in order to engender good luck for the forthcoming year, the first person to step over the threshold of your house after the turn of the year must be a tall, dark-haired man. And that tall, dark-haired man must come bearing gifts – often a lump of coal and some whiskey.

Wolves manager Bruno Lage certainly fits the first part of that bill, so having him as the first visitor to Old Trafford of 2022 made sense. But a gift?

Well, not exactly. Instead of a lump of coal, he brought with him a Wolves squad that is rewriting the Premier League results table in binary code.

From the start, Lage’s side controlled the tempo of the New Year’s celebrations like that knobhead at a party who fancies themselves as a Spotify DJ. Then, just as the festivities looked like petering out, Lage finally introduced the Premier League’s most wonderful harbinger of chaos, Adama Traore.

Traore only played 24 minutes at Old Trafford, and quite a bit of what he did in that 24 minutes left you scratching your head. But it was absolutely no coincidence that the scoreboard read 0-0 when he walked onto the turf and 0-1 when he walked off it.

One of his very first interventions was one of the most bewildering. He picked the ball up on the right, set himself as if he were about to skin Raphael Varane alive and then… toe-punted it out for a goal-kick.

£40m for Adama Traore you say ? Billy bargain from Wolves you say ??? With skills like this clubs should be all over this transfer………😵‍💫 pic.twitter.com/hSUVqXByEc

It was completely inexplicable. But it was a seed of doubt sown in United minds. A threat of directness that Wolves had previously lacked. It was terrible, but the knowledge that the next attempt might not be was also terrifying.

And here is the thing with Traore: if you focus on what he gets wrong, then you are going wrong. Instead, rejoice in the bewilderment he brings.

That is certainly what Traore did for the rest of his time on the pitch, running Luke Shaw ragged and finally, finally setting up the winning goal that the visitors richly deserved.

In the first half, Wolves had more of the ball, made more passes, more crosses, had more corners and had 14 shots to United’s four.

Yet they had not made it count – and given most of those shots had come from long-distance or poor angles, you could argue they didn’t deserve to.

In the second, they were nowhere near as dominant as United changed formation to cope with their visitors’ excruciating midfield control.

But when Traore came on for Francisco Trincao, there was renewed hope something wonderful would happen, that Traore would finally find a way to create moments of real peril.

In the 82nd minute, he did. Traore got the ball in that same space he had faced up to Varane. This time, with Shaw ahead of him, he did not falter.

The Spaniard accelerated towards the byline, leaving Shaw in his wake. His cross was not a delicious, whipped delivery. It was met by Phil Jones before any Wolves player.

But Traore had got the ball out wide, isolated his man and thrust Wolves right into the danger zone. Jones’ cross fell to Joao Moutinho bang in the middle of the ‘D’ and United’s defence was suddenly scrambling like a first-footer on the icy walk home from a Hogmanay party.

The little Portuguese magician, who had bent the game to his will from the start, seized the opportunity.

Whether Wolves would have got the goal and the hugely significant win without Traore on the pitch is highly doubtful. In a team that was excellent without being razor-sharp, Traore proved the difference.

Should Wolves now lose him, they would lose a lot. A lot of frustration, a lot of bamboozingly bad moments of ball control, yes. But a potentially game-changing chaos agent too, a man who can do things with ease that other footballers simply cannot conceive.

For Tottenham fans hoping he turns up in N17 for a £20million, there is perhaps also a little warning in this performance too.

Thinking that he’ll arrive at Hotspur Way and suddenly be transformed into an ultra-consistent close-control king by Antonio Conte is fantasy. With the speed and intensity with which he does what he does, that’s just not possible.

Wolves once again saw the value of that on Monday night. And Spurs could certainly have done with something similar against Watford on Saturday. Since Gareth Bale left at the end of last season, they have not had that presence that can change a game with charging solo runs.

Whether Traore will be implementing his specific brand of footballing disorder in the Midlands or north London come February 1st, we’ll just have to wait and see. Wherever it is, we’ll still be watching and rejoicing.