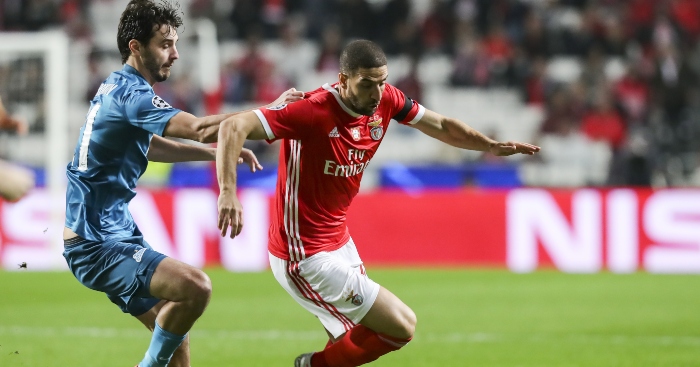 Twelve months ago, Adel Taarabt was European football’s forgotten man. It’s quite the achievement that he’s back owning souls in the Champions League as if the last few years never happened.

The Moroccan was nowhere to be seen during his country’s all-too-brief World Cup appearance and spent the start of the 2018-19 campaign with Benfica’s reserve team, seemingly unlikely to ever make a first-team appearance despite signing a five-year deal in 2015.

However, since Bruno Lage’s appointment as head coach in January, Taarabt has been on the comeback trail. And he’s back doing what we always hoped he would after joining from QPR all those years ago.

If you’d been wondering what Taarabt’s been up to, he’s been on a kind of enforced sabbatical. After 18 months without a look-in under Rui Vitoria, with the likes of perennial Mancheser United target Nico Gaitan keeping him far from a first-team chance, the Moroccan spent the next 18 months on loan at Genoa and, well, at least he played semi-regularly.

Upon his return, though, it was back to square one. Back in the B team, back twiddling his thumbs. Back wondering what might have happened if he hadn’t moved to Portugal all those years ago.

Now, though, Taarabt is reinvigorated. He’s involved with the first-team, he’s back in the Moroccan set-up, and he’s even played Champions League football for the first time in his career.

And, in the 3-0 win over Zenit St Petersburg, he demonstrated merely playing in Europe wasn’t enough when he could excel once more. Of course, by ‘excel’ I mean ‘nutmeg people as a matter of course’.

Aleksandr Yerokhin is no dummy. He’s a full Russia international, a veteran of the 2018 World Cup and, in short, the kind of guy you wouldn’t normally go out of your way to pick a fight with.

If you thought that would stop Adel Taarabt, you must be new here. The bigger the target, the more likely he is to take them on and attempt to embarrass them.

This is a man who would try to nutmeg Michelangelo’s David if he thought he could get away with it, so a 6’5″ Russian is nothing in comparison. Some live for the thrill of the chase, but Taarabt lives for the thrill of being chased after pulling off something like this.

Yerokhin seems as wise to it as is humanly possible, reflexively grabbing at his opponent as he escapes, but he does so with all the guile of a drunk teen trying to catch his own vomit in his hands.

Most people would consider one nutmeg in a Champions League victory good enough on its own, but Adel Taarabt isn’t most people.

Indeed, there’s an argument for saying it’s moments like this, pulling the tiger’s tail while it’s asleep, that have held him back in a sport which bafflingly values ‘results’ and ‘end product’ over things which should matter more.

Wilmar Barrios was the other victim, and, like Yerokhin, his only answer was one of those fouls where you don’t even try to hide the fact that you’re doing something illegal.

The Colombian’s reaction hits that sweet spot between anger and respect, as if simultaneously taking his hat off at the brilliance of the skill and frisbeeing it at Taarabt in the hope of knocking him out in revenge.

Taarabt himself reacts with exasperation, as if his next-door neighbour won’t give him his ball back, despite knowing full well he’d do the exact same thing to Barrios – with the exact same outcome – if given another opportunity.

Not only that, but he’s looking like the Adel Taarabt of old again. Instead of toning down his ‘making people look like idiots’ principles, he’s just waited for those around him to see sense and realise they were wrong to try to change him.

It might have taken several years, and the sacrifice of what might have been his only chance to play at a World Cup, but it was worth it.