After Neymar and Gnabry, Diallo is using the Olympics as his springboard 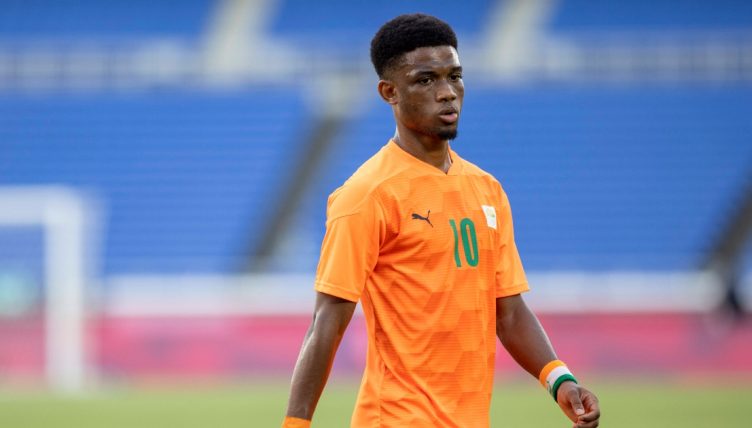 Jadon Sancho’s move to Old Trafford has been welcomed with near-universal jubilation from Manchester United fans after it was finally announced. But how will it affect Amad Diallo?

Sancho has set the Bundesliga alight for the past four seasons with Borussia Dortmund – involving himself in 114 goals in 137 games – so it is easy to see why it is a transfer causing so much excitement.

One question that arises from the deal, however, is how will it affect those lower down the pecking order at Old Trafford, particularly Diallo. Ole Gunnar Solskjaer signed the 19-year-old from Atalanta as a future star in January but with Sancho only two years older than him, even the future is looking a bit murkier now.

Of course, his is not a unique position. With the large sums of money constantly thrown around the sport, it is a situation that arises every summer somewhere in the world. What often makes or breaks those players is how they react when they find themselves with the odds piled against them.

Diallo could easily have used Sancho’s impending arrival as an excuse to down tools and sulk through pre-season. But he has done the opposite, using the Tokyo Olympics as a platform to show his best qualities.

While the Olympics may be sneered at by many when it comes to football, it has regularly provided a springboard for emerging talent. In 2016, Arsenal outcast Serge Gnabry propelled Germany to the gold medal match with six goals, earning a move to Werder Bremen in the weeks that followed. Four years earlier, Santos sensation Neymar introduced himself to the world with Brazil, while in 2004 Carlos Tevez fired in eight goals to help Argentina win their first ever gold under Marcelo Bielsa.

Now it looks like it is Diallo’s turn. In Ivory Coast’s opening match with Saudi Arabia, the recent Golden Boy nominee provided a beautiful assist for Franck Kessie.

Dancing his way around defenders on the edge of the opposition penalty area, Diallo waited for the perfect moment to slide the ball across to his team-mate, the slight delay drawing in more defenders and creating more space for the patient Kessie.

A smart turn and finish from the AC Milan midfielder followed the perfectly weighted pass to put the Ivorians back in front and ultimately secure a 2-1 win. Brazil and Germany await the teenager.

This positional sense and acute spatial awareness is not news to Manchester United – the winger’s ingenious header against AC Milan emphatically announced those qualities in March – but they are worth emphasising whenever they appear. After all, they are the traits that make Diallo such an exciting prospect.

Diallo’s explosive pace and tight control are advantageous, but they are attributes possessed by many players up and down the country, even at levels lower than the Premier League. It is the mind that separates great players from good players. Positional sense, spatial awareness and a consistent end product; the holy trinity. Diallo continues to flaunt all three.