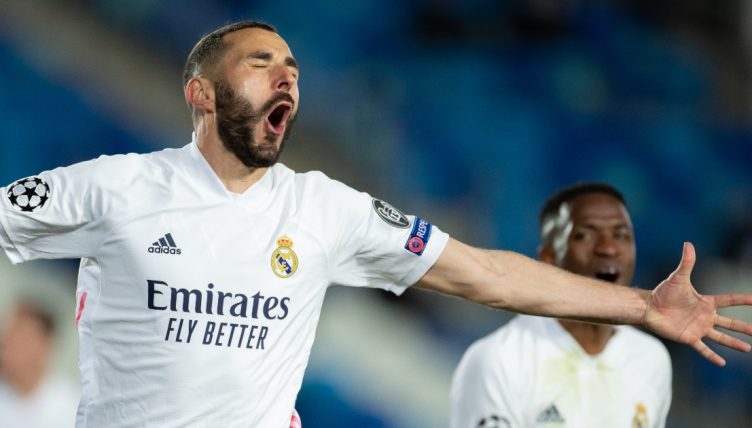 Take a look at what’s happened at Real Madrid in recent years. Were it not for Karim Benzema stepping out of the shadows and into the limelight, the club would be staring at a full-blown crisis.

“It will be Benzema,” was Zinedine Zidane’s curt response recently when asked whether Erling Haaland, Cristiano Ronaldo or Kylian Mbappe would be leading the line for Los Blancos next season.

It was a reasonable riposte, too, given what Benzema has done for the club since the departure of Ronaldo, who has been touted to make a grand Bernabeu return in the summer. Why bother, when they’ve got Benzema pulling it out of the bag every week?

Plenty has been made of Barcelona’s meltdown, borne out of how badly they reinvested the world-record fee they received for Neymar in 2017.

But Madrid haven’t done much better with the €87million they received from Juventus for their all-time top scorer – with another €400million or so spent on players that have struggled to make an impact.

Few that watched Eden Hazard at Chelsea would question his talent, but amid repeated injury issues, his club-record €100million move from Stamford Bridge has proven an unmitigated disaster so far. 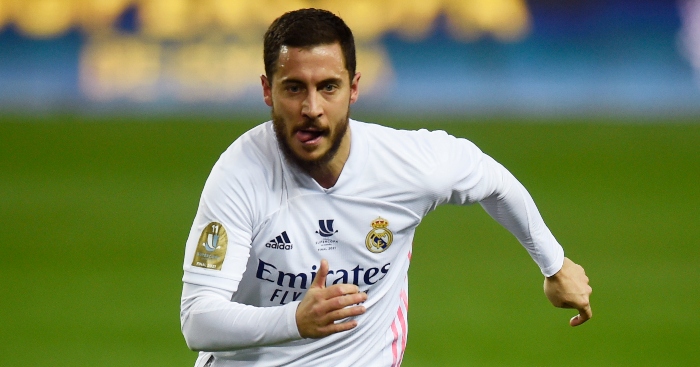 READ: The €500m Real Madrid have spunked on 17 players since winning their last CL

During that period, Benzema has scored 78 goals alone, finishing by a distance as Madrid’s top scorer in 2018-19 and 2019-20, and well in front to do so again this term. He would have scored considerably more were Sergio Ramos not on penalty-taking duties.

That’s a considerable increase in his rate of goalscoring since he played as a foil for Ronaldo, selflessly sacrificing his own opportunities for the Portuguese icon to rack them up. In their final season together, 2017-18, Benzema scored 12 goals (five in La Liga) in 49 appearances. Ronaldo scored 44 in 44.

Even with nine years as a second fiddle, he’s 13th in La Liga’s all-time list of top scorers with 184 goals, and fifth in the Champions League’s top scorers list with 70.

It begs the question – how good would the Frenchman’s record be if he hadn’t spent the bulk of his career playing rhythm guitar to Ronaldo’s lead? Because he’s demonstrated he’s a damn good frontman.

Last season, Benzema’s goals fired Real to the La Liga title, coming up big in the decisive run-in with seven goals in 11 post-lockdown appearances and 21 league goals in total. Ramos, with 11, was the only other player in the squad to notch more than four.

Had he not scored home (the winner in a 1-0 win) and away (a late equaliser in a 1-1 draw) against league leaders Atletico Madrid, they’d be out of the picture.

Brilliant from Benzema and Casemiro, and the No. 9 applies the finish ⚪ pic.twitter.com/4kiN1m6bDz

Benzema is so consistently stepping up where others are failing to because he’s the perfect all-round centre-forward. Cool under pressure, an aerial threat and a physical presence with lethal positional instincts.

Look at his recent equaliser at the Wanda Metropolitano. He picked up the ball deep in a completely unthreatening area, with Atletico set in their defensive shape with 10 of their 11 men ahead of the striker. Five seconds later, the ball was in the back of the net.

Benzema bypassed the first bank of Atleti bodies by casually skipping through, riding challenges from both sides before playing it through the backline, finding Casemiro just onside on the overlap.

Receiving the one-two back, he emphatically converted a golden chance he’d created himself, getting credit for both the pre-assist and the goal itself.

He’d made slicing through Europe’s meanest defence look the easiest thing in the world.

The following Saturday, he was at it again, scoring both goals in a 2-1 comeback victory against Elche.

The first goal was a well-placed header, down into the bottom corner, to make the most of Luka Modric’s sensational cross.

His second – a 92nd-minute winner – was the finish of a dead-eyed marksman. Letting the ball bounce on the edge of the box, he caught it sweetly on the half-volley, walloping across goal to find the same corner as his first, demonstrating another skill entirely to do so.

As he did last season, and as Ronaldo so often did before him, Benzema is reaching peak form at the most crucial juncture of the season, consistently proving Real Madrid’s gamechanger.

He’s scored in each of his last five appearances for Madrid, with four in three since returning from a three-week injury lay-off in the Madrid derby. Real are now just six points behind their city rivals. Had he remained sidelined, that number might well have been 12.

With Benzema filling Ronaldo’s shoes as we approach the business end of the season, don’t bet against him lifting silverware come the summer. We’ve seen how this plays out before.