Two assists, one wicked flick: Tammy Abraham is ready to blow Italy away 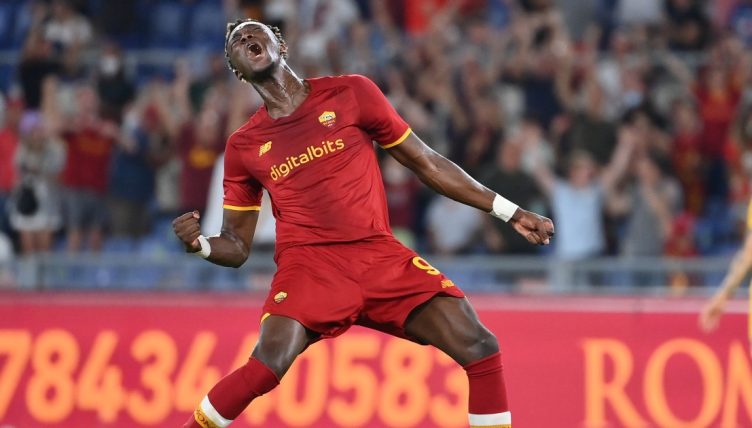 Chelsea has not always been a friendly place for young, emerging footballers. The Blues are always more likely to throw upwards of £50million at a problem rather than trust an academy graduate to fix it.

The regular presence of Mason Mount and Reece James shows that trend is gradually changing but after Thomas Tuchel pondered how they could solve their profligacy in front of goal they turned to £97million Romelu Lukaku rather than Tammy ‘One Of Their Own’ Abraham.

Suddenly, Abraham found himself in a position he perhaps would not have anticipated when he scored his 10th goal in 12 Premier League games at the start of the Frank Lampard era two years ago. It was clear that, for him to fulfil the potential he undoubtedly possessed, a move away was needed.

Arsenal registered an interest but it was Roma, led by Jose Mourinho and recently deserted by Edin Dzeko, who struck a £34million deal for the 23-year-old. Abraham’s decision to take a risk and move to Italy immediately impressed his new boss.

“If you leave the Premier League, it’s because you are ambitious,” Mourinho said after the signing was announced.

“You want to get back into your national team because you want to play at the World Cup and win outside of England, where not many English players have had brilliant careers.”

Despite the pressures of adapting to a new country, new team-mates and new weight of responsibility, Abraham was thrown in from the start in Roma’s Serie A season-opener against Fiorentina at the Stadio Olimpico. The performance that followed was that of a player with a point to prove and the ability to prove it.

Tammy Abraham vs Fiorentina – The Debut: 🔴🟠

‘Abraham is the Man of the Match of course’ pic.twitter.com/1mVckjXRHD

The match was just 17 minutes old when Abraham made his first of three significant marks, charging onto a long through-ball only to be tripped by the on-rushing Bartlomiej Dragowski in the Fiorentina goal, a red card flashed the way of the ‘keeper.

Nine minutes later, Abraham was at the heart of Roma’s first goal of the season, drifting in from the left wing with the ball at his feet. He waited for the perfect moment to slip Henrikh Mkhitaryan in on goal. The Armenian’s calm finish was eventually allowed to stand after a VAR check showed he had stayed onside.

Tammy Abraham feeling himself in Serie A. When he feels valued, he’s a different player. pic.twitter.com/3L8xnx93nc

Now the confidence was starting to flow. Freed from the shackles that often come with being a Chelsea youth graduate, Abraham was free to enjoy himself, embarrassing Brazillian centre-back Igor with an outrageous flick in the second half moments before adding a second assist to his Roma record. He timed his run into the box perfectly and a low cross was tapped in by Jordan Veretout, restoring Roma’s advantage after Nikola Milenkovic had equalised.

Mourinho gave his new talisman a rest on the 69th minute. Veretout may have added a second to make it 3-1, but there is no doubting the star of this show.

Hours earlier, Lukaku had shown his class for Chelsea. Not to be outdone, Abraham’s introduction arguably surpassed the Belgian’s.

The passionate celebrations from the youngster after each goal were indicative of someone both proud of their performance and aware that they have just made the perfect career move.