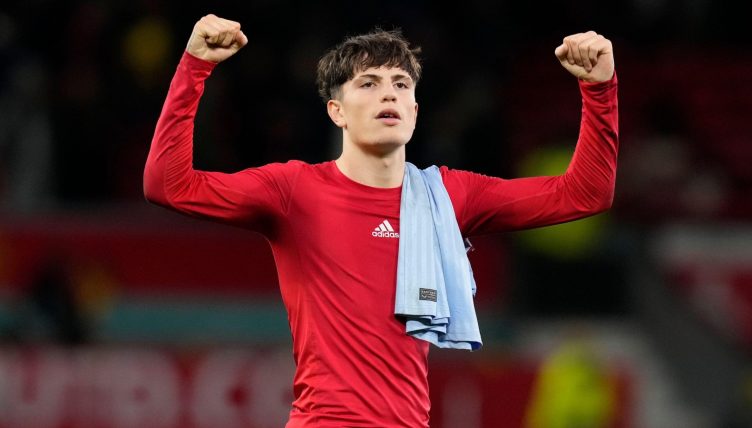 Adopted as a defence of David Beckham after his World Cup sending-off against the South Americans in 1998, United supporters regularly sang about Argentina once they saw it wound up Little Englanders at clubs like Leicester and West Ham.

Argentine flags started popping up at Old Trafford. Visitors from Argentina were baffled and bewitched by the support their nation received from England’s most famous club.

But, until this season, United have never really had an Argentine hero to call their own. Players such as Juan Sebastian Veron flattered to deceive, Gabriel Heinze defected over his legacy by attempting to force through a move to Liverpool and the less said about Carlos Tevez the better.

Garnacho produced a string of excellent performances as United won the FA Youth Cup last season, adding the most silver of linings to a dreadful season for the club. 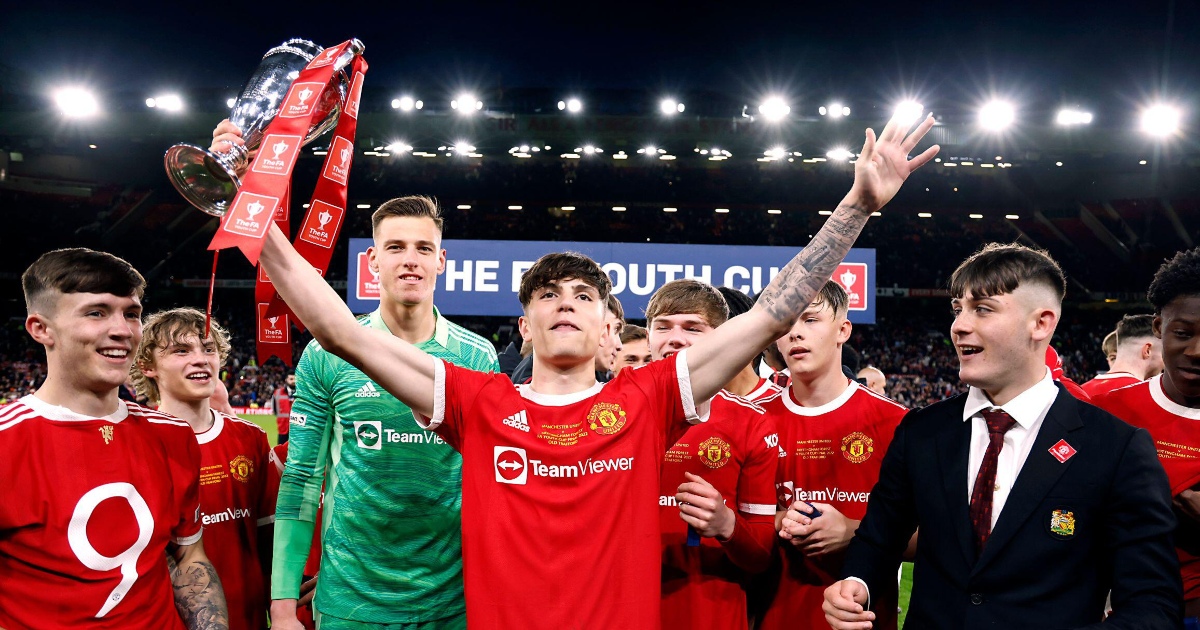 And the 18-year-old has turned heads and dropped jaws with his impact for the seniors in 2022-23; Garnacho scored the winning goal against Real Sociedad and shows the combination of quality and fearlessness that United supporters had expected from Jadon Sancho.

His cameo against Aston Villa was the youngster’s most exciting yet; seasoned Stretford End regulars were left salivating over his floated cross for Scott McTominay to finally seal the game for United.

It speaks of Garnacho’s quality that his assist ranked as his second-most exciting contribution to proceedings. Minutes earlier, he’d played a one-two with Tyrell Malacia and stamped on the accelerator bottom.

Fumes could be seen emanating from Douglas Luiz in his wake, while Calum Chambers visibly soiled himself as he back-peddled nervously.

Garnacho wasn’t able to cap his Messi-esque surge with the goal it deserved – credit to Chambers for blocking his goalbound effort – but he’d already cast a spell over an Old Trafford crowd that whooped in appreciation.

Garnacho is a special one, Just imagine that went in
pic.twitter.com/84AAa2BXV0

“It was good that he came on and showed that performance and had that impact in the game, to be able to assist, make the dribbles and run behind,” Erik ten Hag said after United’s 4-2 victory.

“There are some things he has to improve, for instance when we go long to go for the second balls. He still has things to learn but quite obviously we are happy with his development and he can contribute to the team.

“It depends on his approach, his attitude. When he keeps working then yes, it is possible (for him to play more). He wants to improve every day. He has to do the right things in his lifestyle. He has the capability.”

And, speaking on talkSPORT after the game, journalist Hugh Woozencroft said: “These terraces have been off their seats before for the likes of George Best and Cristiano Ronaldo; Alejandro Garnacho is the new name. He might be wearing the no.7 in a couple of seasons.

“What an introduction. Skill, quality and that assist for the final goal. Unbelievable.”

Garnacho will be surrounded by people urging him to maintain his focus and, if he does so, United have an absolute gem on their hands.

Don’t expect those Argentina chants to die away any time soon. Not with Garnacho in such scintillating form.

TRY A QUIZ: Can you name every South American to score for Man Utd in the Prem?