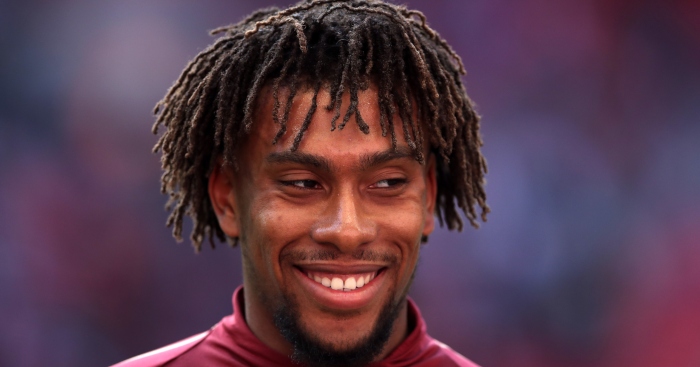 Arsenal‘s 1-0 victory over Watford was hardly one for the ages, but Alex Iwobi was still able to leave his mark on the encounter.

The game was all but wrapped up inside 15 minutes, with Pierre-Emerick Aubameyang’s bizarre opener followed by a Troy Deeney red card which gave the visitors a man advantage for almost the entire match.

They might not have been able to extend their early advantage, but it wasn’t for lack of trying, and Iwobi tried harder than most.

Iwobi has often been a polarising figure, both among fans of the club and outside observers yet to appreciate what he brings to the table.

The 22-year-old has probably suffered from our stats obsession, with his four goals and six assists this season arriving at an average of one decisive contribution every 228 minutes.

That’s hardly breathtaking for a man regularly called upon to play as a winger with few defensive responsibilities, yet a closer look at the stats suggest he’s producing more than he’s given credit for.

Iwobi has completed more dribbles than any other Arsenal player in the Premier League this season with 43, 10 more than his nearest challenger in Alexandre Lacazette. And while his six assists may appear a modest total, he has created 33 chances, the third most in the Gunners’ squad.

There’s a feeling that, had Iwobi declared for England, he might be afforded more leeway.

Instead, though, he has missed out on the goodwill provided to a 22-year-old with some Under-21 caps and a couple of games for the seniors (bear in mind he’s younger than the likes of Harry Winks and Ruben Loftus-Cheek) and been treated like the 27-cap Nigeria international he is.

As such, there is a sense he has been forced to grow up quickly when it comes to absorbing criticism. While with other players this might have been enough to encourage them to dial back on moments of flair, we’re fortunate that Iwobi sees the reaction of fans as no reason to compromise what got him to where he is now.

Arsenal’s better squads of recent years have contained players willing to try anything if there’s a chance it might look good, from Alex Hleb to Samir Nasri and beyond, and perhaps Iwobi would be cherished more if those around him were delivering more consistently.

There’s a feeling that those who want entertainment and those who want end product don’t always occupy different schools and instead lie to themselves about not wanting both, so when Iwobi masters his best qualities with nutmeg after nutmeg it’s not enough.

He has made it perfectly clear that he has no plans to stop doing what he’s doing, so we need to either embrace it or find a new sport.

Iwobi’s so committed to the nuts game, it doesn’t matter if he loses possession as a result. You have to admire it.

Arsenal are unquestionably in a transitional phase, attempting to pivot from Arsène Wenger to Unai Emery as smoothly as possible, and there will always be elements of such a transition which won’t be fun for supporters.

The danger, though, is to impose a uniformity too quickly and to become so obsessed with the avoidance of mistakes that your overall game becomes uninspiring and unenjoyable.

This almost feels especially true of Arsenal, where an error-ridden, flawed beauty was part of what had made them so watchable in the first place.

A flair player can be an easy target when the goals aren’t flowing – especially one like Iwobi, who is so unapologetically trusting in his own ability to do more than others and do it better than them, but there’s not always that much you can do when those in front of you aren’t converting the chances you lay on for them.

The one consolation comes from the fact that it’s clear Iwobi isn’t letting any criticism suck the joy out of his game, ensuring his showboating and sense of fun will be no less prominent. People just need to remember that the good times wouldn’t be possible without him staying true to his brand through the bad.