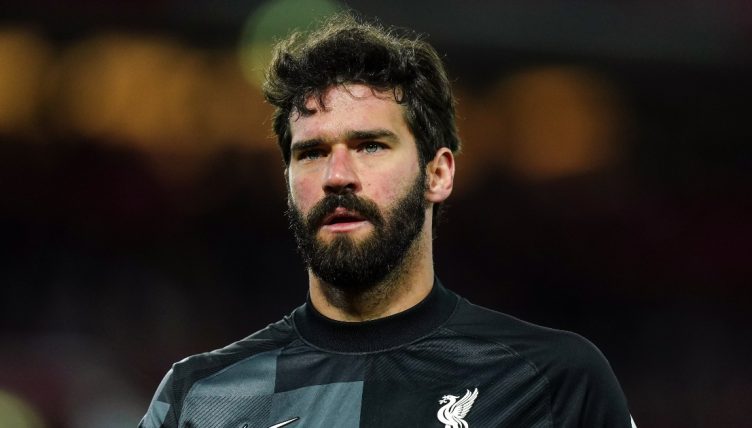 With the game won, the Merseyside derby points sealed, Liverpool’s goalkeeper caught a shot and dropped to his knees, one last humiliation for Everton.

The irony was not lost on anyone. Alisson’s opposite number, Jordan Pickford, had spent much of the first half slowing the game down, theatrically dropping to his knees after every ball he claimed.

Inevitably, his antics irritated the home fans. For a while, that tactic of frustration appeared to be working for Everton, who sat deep and sought only to keep Liverpool at bay.

There was something particularly galling about the way Pickford fell to the ground, a smarmy grin on his face and a sickeningly knowing wink towards the touchline.

He had, in truth, invited the mockery that would come when, unsurprisingly, Liverpool broke through Everton’s staunch resilience and found themselves 2-0 up.

The brazenly defensive approach from the visitors only made it more embarrassing.

For Liverpool, this was another memorable victory in a fixture that, regardless of league position, is always tricky.

And Alisson’s moment of humour, unsmiling though he was, put the gloss on things.

His mimicry of Pickford, whose smile and slicked-back hair bore an uncanny resemblance to Mrs Tweedy from Chicken Run, was greeted by cheers from the crowd.

“Liverpool, Liverpool, taking the piss,” chanted the fans, all of them delighted.

This, perhaps even more than the goals, was pure satisfaction for Liverpool. And it demonstrated the incomparable connection between the players and fans at Anfield.

Both are perfectly in tune. Jurgen Klopp and his team have established an understanding with the supporters, a mutual appreciation and unwavering support that makes Anfield all the more difficult for away sides.

There is also a mutual disdain for Pickford, whose attempts to wind up the home team were hilariously premature and seemed to ignore all context, notably that Everton, a side in the relegation zone, had not even made it halfway in their desperate quest for a goalless draw.

This is the same goalkeeper, too, who ended Virgil van Dijk’s season in 2020 and made a complete howler to allow Divock Origi to score the winning goal n the derby in 2018.

It’s telling that there were no winks, no supercilious grins, from Alisson. True confidence is quiet. The Brazilian had no need to goad anyone; he was simply making a point.

In a way, the two goalkeepers are a demonstration of where both clubs currently find themselves.

Alisson is strong and reliable, unerringly consistent. He is stoic and composed, yet remains a big presence. He can be depended on, as can Liverpool to find a way to win.

Pickford is the opposite, more of a class clown type figure and someone Everton have generally not been able to rely upon when it matters most.

Meanwhile, everything Liverpool do seems to work. There has perhaps never been a better relationship between players and fans, and that’s largely because this team have delivered so consistently.

Alisson’s imitation of Pickford was more than just a hilarious viral moment. It was an understanding, a nod to the fans’ genuine frustration earlier in the match, and that’s why it was so well-received.

It also might serve as a lesson for Pickford. Time wasting is one thing, but to do it with such glee and perverse enjoyment is never likely to end well. Often, in fact, it can serve as motivation for the side chasing the win.

That seemed to be the case on Sunday. Liverpool, having had to be patient, got the first goal through Andy Robertson, and then the second through Origi (who else?).

Even for Pickford, who seems for some reason to have an unshakable self-belief, it would have been a kick in the teeth to see Alisson drop to the floor late on and hear the resounding cheers as Liverpool celebrated another derby win.