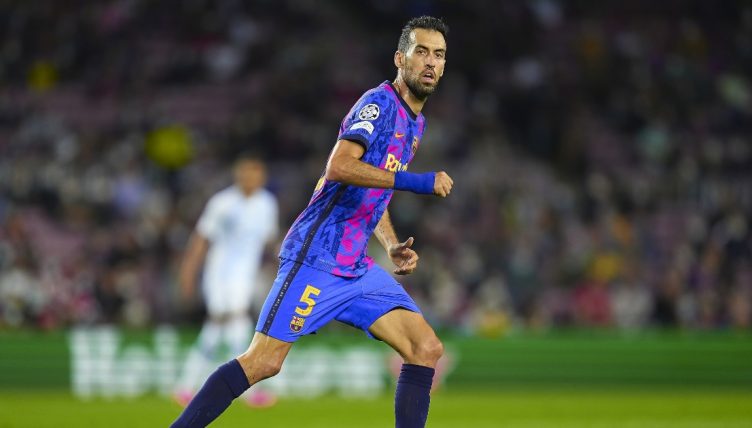 November is a dank time of year if you live in the Northern Hemisphere.

The days are short and cold, with only the looming presence of Christmas keeping collective spirits up (and even that can be a double-edged sword).

The penultimate month of the year is diametrically opposed to spring, where plants are beginning to bloom and people come out of hibernation after being huddled inside all winter.

Perhaps that feeling is accentuated in the Western world by Easter and the resurrection of Jesus Christ that gives hope to millions of Christians.

Well, now Sergio Busquets has now provided us with its winter equivalent.

Busquets has been one of the best midfielders of his generation, rising through the ranks of La Masia and forming part of one of the all-time great club teams at Barcelona.

But, even during the most illustrious of careers, the 33-year-old has gained a reputation for dark arts that would make Professor Snape blush.

When there’s a shirt to be tugged, Busquets will be there. When the opposition are threatening a breakaway, our hero would push a small child out of the way to be the first to trip him.

And when your side is narrowly hanging onto a 1-0 lead away from home, Busquets will selflessly offer to become the victim of GBH if it uses up valuable time.

Such a scenario came to pass in the Olympic Stadium in Kyiv, with managerless Barcelona clinging on to a win that would revitalise their flailing Champions League campaign.

As Dynamo Kyiv launched a late attack, Busquets entered into a 50-50 challenge with an opponent with the abandon of a divorced dad serenading his ex-wife outside her bedroom window.

It was a meaty tackle, one that left both players prone on the turf. But, while the Dynamo attacker was temporarily eliminated from the game, Busquets rose to his feet like Charlie Bucket once he realised the attack was continuing.

A miracle to warm our hearts through winter’s duration.

Sergio Busquets with one of the most miraculous recoveries ever seen on a football pitch 😅#UCL pic.twitter.com/lXGrcTPJSt

Football supporters generally don’t like to see cheating in the game, especially when the person doing it is as talented as Busquets unquestionably is.

The only exception to the rule is when such an act is so blatant and, crucially, unrewarded that you can’t help but laugh at the gall of the offender.

We all want to live in a fair and just world. But, if we’re honest, there’s a part of us that recognises that shithouses like Busquets contribute so much to football’s rich tapestry through such behaviour.

One hopes that the Barcelona captain was subject to a thorough medical examination after the game before being handed over to elite scientists.

After all, there’ll be a queue of people wanting to find out how Busquets cheated death last night. As Jesus is no longer with us, it’s only fair he offers some insight behind his miracle recovery.