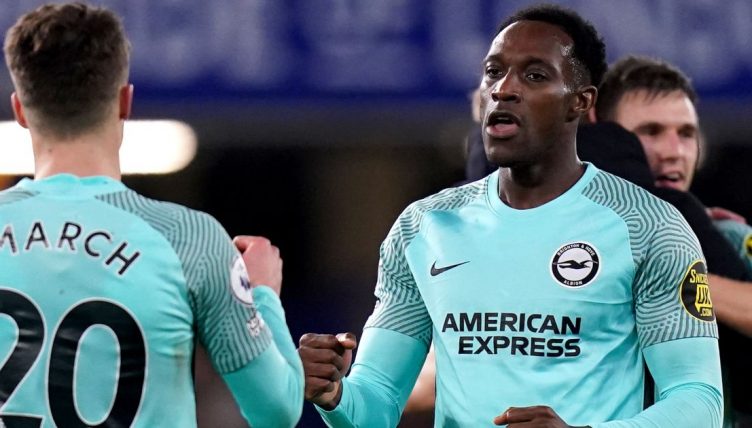 When Danny Welbeck stepped onto the pitch at Stamford Bridge, there seemed an air of inevitability that he would score.

Brighton were 1-0 down to Chelsea, but were completely dominant and it was – as it so often is with Brighton – scarcely believeable that they hadn’t yet found the back of the net.

As the game reached the 80th minute, hopes had started to fade for the visitors. They had never beaten Chelsea or even scored at the Bridge in their history, and yet again it seemed they would walk away empty-handed after playing so well.

The 31-year-old came on for what was just his sixth appearance this season, after missing 14 games through a hamstring injury, a theme that has been constant throughout his career.

He had an immediate impact on the pitch: his running in behind stretched the Chelsea defence, and despite touching the ball just six times, it was Welbeck who was the difference-maker.

As the clock ticked beyond 90 minutes, Marc Cucurella picked up the ball on the left-hand side. Welbeck, who was positioned on the right, moved inside the box, and the left-back picked him out superbly with his cross.

The forward still had a lot to do. The cross was floated in with the perfect amount of curl, and Welbeck met the ball after a phenomenal leap to beat both Antonio Rudiger and Trevor Chalobah in the air.

With a perfectly timed nod, Welbeck placed the ball away from the goalkeeper, finding the corner and sending the Brighton fans into complete bedlam.

A crucial goal after returning from injury? We’ve seen it before with Welbeck.

Back in 2016, Arsenal needed a win against Leicester to keep their title challenge alive. With the scores at 1-1, Welbeck came on for his first appearance of the season after eight months out with injury.

Arsenal desperately pushed for a winner, but all hope seemed lost as the clock ticked beyond the 94th-minute mark. Mesut Ozil had the chance to whip in one final free-kick to create an opportunity to complete the comeback.

And who else could it be but Danny Welbeck to meet it, nodding in a deft header to nearly cause an earthquake in north London. His equaliser at Chelsea may have been Brighton’s first-ever goal at Stamford Bridge, but it was by no means Welbeck’s first clutch moment.

Will never get tired of hearing the roar of the crowd when Welbeck scored the winner against Leicester. pic.twitter.com/cnIHp3g7F8

This never-say-die attitude shown by the former England striker to score both of these goals sums up his career well. Welbeck has had to overcome years of constant injuries, and every time he returns, he does it with a bang.

He has never been regarded as a clinical goalscorer like some of his former team-mates Robin Van Persie, Wayne Rooney or Alexis Sanchez, but Welbeck is well-respected at almost all of his old clubs.

A hard worker both on and off the pitch, the mental fortitude displayed by Welbeck to pick up so many injuries, but recover stronger each time, is why he is able to score so many crucial goals.

Brighton were in need of a saviour against Chelsea to snatch a point. Going to Stamford Bridge has been a tough task for the Seagulls, but they knew they could rely on Welbeck to keep a cool head on a big occasion.

He has missed 155 games through injury in the last six seasons, and a lot of players would have struggled to recover both physically and mentally to continue playing top-flight football. When 1-0 down away at the European Champions, a lot of teams would fold over and accept defeat.

Welbeck’s battling spirit highlights how well Graham Potter has changed the feeling around the club. With four equalisers beyond the 89th-minute mark this season alone, they, much like Welbeck, simply refuse to be knocked down without a fight.

It was a deserved goal for a player who has worked tirelessly to return to the pitch and a deserved equaliser for a team who play with courage against every opponent they face.