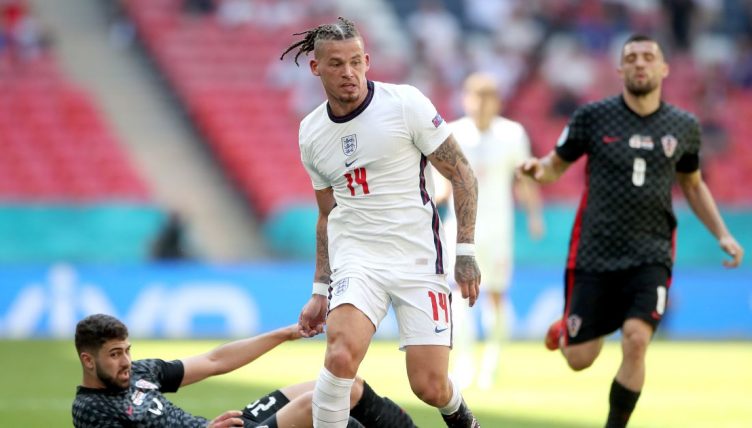 Kalvin Phillips, footballer: a man barely good enough for the Premier League.  Caballeros, we can rebuild him. We have the murderball. We have the capability to make the world’s second bionic man. Kalvin Phillips will be that man. Better than he was before. Better. Stronger. Faster.

This is the unpredictable Euros, the plague-time tournament, the one after a season that sapped players of every ounce of energy they had. The calendar, the schedule, the three-games-a-week-every-week-for-eight-months marathon leading up to it. It all pointed in one direction.

Turkey looked knackered on Friday night, as did Russia 24 hours later. Who can blame them? Which other teams might feel the same? And which players might flag as the competition progresses? There will be a few, and fatigue could dish up some wonderful surprises.

But there is a man who is different, one who was rebuilt through triple sessions in pre-season and hours of murderball. Marcelo Bielsa had the training methods. Kalvin Phillips is that man.

By rights, this shouldn’t be his tournament. Had it happened a year ago, under all normal circumstances, he wouldn’t be part of it. In June 2020, Phillips hadn’t made his Premier League debut, never mind his England bow.

But the process of making him an international star had long since begun. When Bielsa arrived at Elland Road in 2018, Phillips was another young player who had showed promise but was yet to fulfil it, becoming an incredibly polarising player on the terraces.

Having been handed his debut by Neil Redfearn in 2015, Phillips had seen six managers come and go in the following three years and unsurprisingly seemed a little lost, deployed in different roles with different expectations by each. He did not look like a world-beating Premier League and England midfielder by any stretch of the imagination.

But in Phillips’ performances from the previous season, Bielsa saw something that nobody else had. Move over NASA and Steve Austin, Phillips was the Argentine mad scientist’s Six Million Dollar Man.

Soon, the Leeds-born tyro was starring at the base of Bielsa’s central trio or even as a centre-half, an unflappable presence in Leeds’ high-octane, Championship-promotion-chasing side.

Wind forwards three years and he is coming off the back of a spectacularly good first season in the English top flight and is starring for England; the best player on the Wembley pitch in the opening game at a major tournament.

On Sunday against Croatia, Phillips was everywhere. And in every part of the pitch and every element of his game, he was nigh-on perfect.

When Croatia pressed England high early in the first half, Phillips received the ball deep and in the tightest of spaces, twisting and turning out around those dark away shirts, laying it off to his team-mates and keeping the ball in England’s possession. That, of course, is what Bielsa spotted that convinced him that Phillips was a defensive midfielder waiting to be reconstructed.

A little later in the afternoon, we saw what Bielsa and his team of nutritionists and physical preparation specialists have added. Phillips burst forward again and again, intelligently timing his long, line-breaking runs in the burning afternoon sun of north-west London.

Eventually the effort paid off. An hour gone, Phillips surged up the pitch once more – freedom allowed to him by Gareth Southgate’s decision to play Declan Rice as a lone holding midfielder – and he received a beautifully weighted pass from fellow Yorkshireman Kyle Walker.

Phillips twisted and turned again, this time on the edge of the Croatia area. He left Duje Culeta-Car on his backside, looked up and, with style, panache and precision, played the ball through to Raheem Sterling. This finish was applied and England were ahead.

Then it was Phillips turn to do something else entirely, getting back in alongside his mate Rice and defending resolutely for England’s first opening-game win in European Championship history.

As the Croatia players came towards him looking increasingly like they were suffering the effects of the heat and the aforementioned season of strife, Phillips appeared as if he had come on as second-half substitute, full of energy and snapping into tackles with relish and alacrity.

Gary Lineker had to resort to gestures rather than words in the post-match analysis to sum up Phillips efforts. Asking Rio Ferdinand a question about the Leeds player, Lineker stuck out his left elbow perpendicular to his body, and, arm bent, clenched his fist and gave two, short, sharp fist pumps in Ferdinand’s direction. It was the universal signal for, ‘Get stuck into ’em, lads.’

Phillips had done that and more. He was England’s bionic man – capable of perfect precision when required and utterly indefatigable as others wilted around him.

After the game, Liverpool legend Steve Nicol popped up on ESPN saying Liverpool should sign the England midfielder to replace Georginio Wijnaldum. If they want him, they will have to pay a good lot more than the fictional Six Million Dollars it cost NASA to make their superhuman cyborg in 1973.

Euro 2020 has finally begun. Thanks to a year-long delay, an Argentine coach and a whole lot of dedication from Phillips himself, England have an unlikely hero.