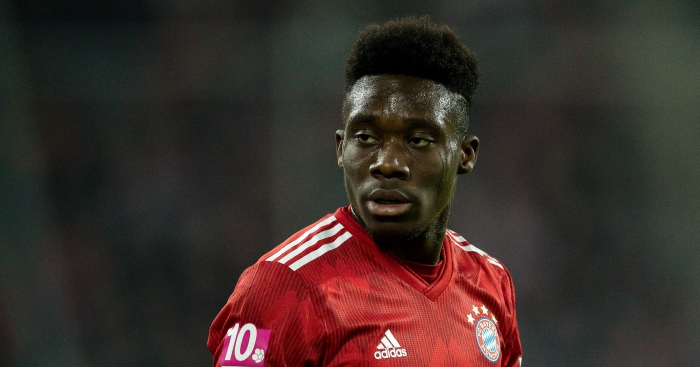 When Alphonso Davies was first linked to Bayern Munich, there was reason for football fans to refuse to get ahead of themselves.

Bayern have bet big on teenagers before, with mixed results: English winger Dale Jennings failed to progress into the first team after joining from Tranmere at the age of 18, while Renato Sanches has taken a while to hit his stride after a €35million move from Benfica.

But if Davies doesn’t justify his big transfer fee at the Allianz Arena, it certainly won’t be for lack of confidence.

The 18-year-old made his Bayern debut against Borussia Mönchengladbach in the Telekom Cup at the weekend and made an instant impact.

Pitted up against Danish under-21 defender Andreas Poulsen, the Canadian left his direct opponent chasing shadows and sweating fear, even if he wasn’t able to turn the standout moments into goalmouth action.

The highlight, of course, was a one-touch flicked nutmeg, the sort of move that sees you donate a fist to your opponent just so he can shake it in anger.

Poulsen has done almost everything right, balancing his body and getting himself the right side of his opponent.

He would have been perfectly positioned for Davies’ next touch, had that touch not come a step earlier than he anticipated.

The confidence with which Davies flicks the ball through the defender’s legs is the confidence of a man who has never failed and is too young and impressionable to even believe in failure as a concept.

He doesn’t skip past Poulsen as much as he skips through him, treating the Dane as a static obstacle rather than a human with the capacity to recover.

He certainly doesn’t appear to see Poulsen as someone with feelings, or else he wouldn’t have broken him in a manner so comprehensively it leaves him with no option other than to frantically pace back before surgically removing the fear from his own eyes to save face.

In a way, though, Davies is being generous to his young opponent: he is reminding him early on that life, and football, are never fair.

In a sense, it’s best to learn early on that whatever you do and however you prepare, there will be times someone does something so good that it will leave you in an existential crisis about the point of it all.

After all, if you learn this for the first time at 19, rather than 29, there’s more time to come to terms with it and adapt. 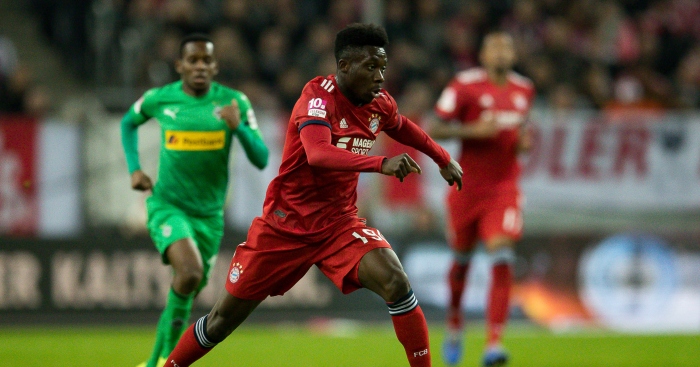 The nutmeg might not have resulted in a goal on this occasion, but Davies has been able to match his ridiculous skill with calm end-product in the past.

The stand-out moment, of course, was his goal for the Whitecaps against D.C. United over the summer, where he seemed to invite opponents to queue up just to be beaten by him.

Midfielders Russell Canouse and Chris Durkin seem to have Davies exactly where they want him, boxed-in around the corner of the penalty area with nowhere to go, only for him to thread himself through the eye of a needle in a manner that leaves the two D.C. United players looking at each other and scratching their heads.

It’s as if he has stepped into a time portal and teleported himself the other side of the pair, such was the apparent impossibility of getting through a gap that only seemed to appear after he had jumped through it.

The decisive finish which followed was enough to make you forget the scoreline in this, or indeed any, game.

When Bayern Munich return to competitive action against Hoffenheim, they will do so with a six-point deficit to make up on league leaders Borussia Dortmund.

Dortmund themselves have been able to ride a wave of performances from young talents to make it to the summit, with Jadon Sancho often the standout star among an exciting bunch, so Bayern may well decide it’s time to go like-for-like and introduce a young Canadian who they’ve already seen hasn’t yet reached the stage where he’s daunted by the presence of established names on the opposition teamsheet.

If it doesn’t work right away, they haven’t lost any ground, but there’s a lot more of an upside if the new signing hits the ground running.