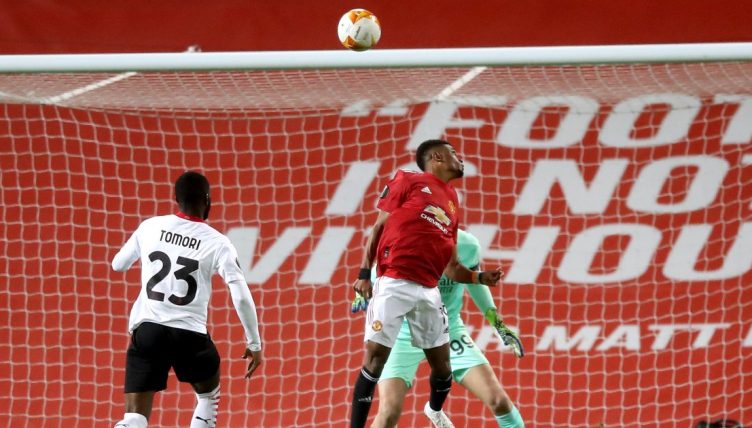 When Manchester United announced the signing of Amad Diallo back in October, eyebrows were raised at the teenager’s £19million price tag.

At the time, Diallo was yet to start a senior game of football. Ever. Yet he alone cost more than United’s last seven players to wear the No.19 shirt combined. That’s Marcus Rashford, James Wilson, Danny Welbeck, Gerard Pique, Edwin Van der Sar, Eric Djemba-Djemba and Ricardo.

If the club end up paying all of Diallo’s potential add-ons and bonuses, you can include former record signing Dwight Yorke in that list as well.

But despite the raised eyebrows, there was a sense of optimism around Diallo’s arrival too. For years, United had been mocked for their tendency to overspend on big names, relying on other clubs’ scouting departments and consequently paying a hefty premium on transfers.

To use a metaphor close to home, they were filling up their Panini sticker album by paying 50p for each individual sticker, never indulging in a five-sticker mystery packet for 70p.

With Diallo, less so. United were still writing a cheque with lots of zeroes on it — at a time when virtually no one else was — but at least they were taking something of a gamble. The youngster could turn out to be worth less than £19million, but he could also be worth far more.

(I'm not saying it won't work out to be a great deal but) Manchester United just spent £19m – plus potential £16m – in add-ons for a play who has never started a senior game. Must be a record, that.

Against Milan last night, evidence pointed towards the latter.

Ole Gunnar Solskjaer introduced Diallo for Anthony Martial at half time, and the Ivorian took less than five minutes to convince us that he’s a proper shiny and not, say, 50% of a Leeds United squad photo or the Aston Villa club crest.

But what’s most surprising is the way he did it. Given Diallo’s very limited playing experience, fans have had to rely on youth-team highlights and second-hand reports to learn what kind of player he is.

Generally speaking, the YouTube skill comps have concurred with Serie A journalists that Diallo is a two-footed winger whose strength is in beating players one on one.

What we just saw instead — and this really is the beauty of choosing the ‘mystery prize’ — was a hybrid of two former United strikers who weren’t known for their proficiency on the wing.

When Bruno Fernandes scooped a long ball towards the penalty spot in the 50th minute, the smart money was on Diallo chesting the ball down.

Milan goalkeeper Gianluigi Donnarumma placed that bet, edging just outside of his six-yard box to put pressure on Diallo. That, it turned out, was a poor decision. Diallo jumped and prodded the back of his head at the ball, sending it over the stranded keeper.

The goal resembled the handiwork of both Javier Hernandez (less expensive than Diallo) and Robin van Persie (more).

In using the back of his head, Diallo brought to mind Chicharito’s highly improvised effort against Stoke City in October 2010.

That was Hernandez’s second ‘weird’ header of his debut campaign, the striker having already scored with his face in the Community Shield, and was largely judged to be the more impressive of the two.

But whereas the Mexican striker found the top corner of Stoke’s net with his leaping nod, leaving Thomas Sorensen with little chance to save it, Diallo made a fool of the onrushing Donnarumma by lobbing him.

In this sense, the header has strong parallels with Robin van Persie’s iconic swan dive for the Netherlands at the 2014 World Cup.

Van Persie’s header is praiseworthy not just for the technique — in fact, some have argued that the ‘dive’ was an unnecessary artistic flourish — but for the awareness to see Iker Casillas six yards off his line.

Diallo spotted his opponent in similarly neutral territory and had the skill to execute the lob too. (Though where Van Persie dived like a swan with his follow-through, Diallo completed a pretty pirouette.)

These are early days, but if the new signing possesses half the ingenuity of Hernandez and half the vision of Van Persie, United can be more than satisfied.

There were other unexpected positives to Diallo’s performance too. In the 87th minute, for example, the 18-year-old showed strength and aggression to win the ball from Rade Krunic in Milan’s half, starting a counter-attack that was only thwarted by an excellent Fikayo Tomori tackle.

And immediately after the final whistle, the winger showed he’s not too young to do a solemn hands-on-hips pose in front of the roaming camera operator, the kind of move you often see from Cristiano Ronaldo — another former United great and something of a transfer punt himself — after a poor result.

A poor result it most definitely was, but there were enough positive omens, enough echoes of former United glories, to think that Amad Diallo could be United’s first actual bargain in a long time.

Watch: Harry Maguire somehow manages to hit post from a yard out