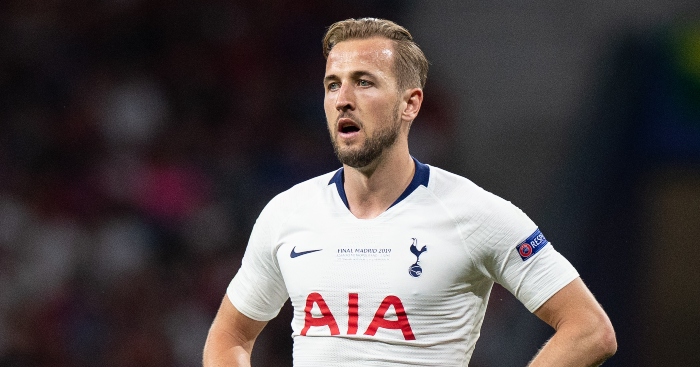 Harry Kane loves shooting more than we love pretty much anything.

He loves shooting more than we love playing with puppies, or the smell after it rains, or all of our favourite childhood memories.

He loves shooting more than we love seeing our team win, or celebrating with those closest to us. Harry. Kane. Simply. Loves. Shooting.

There’s a famous clip from Paul Ince’s time as a manager, when the TV cameras get a glimpse of his notepad as he returns to the dugout.

As Ince prepares to relay his genius to his colleagues and players, we see the pad has just one word on the page: ‘shoot’.

For some, this is something to laugh at. For Harry Kane, it has often felt like an aspirational message.

All of this is why we can’t be too surprised by his winning goal from inside the centre-circle in Tottenham’s win over Juventus in pre-season.

The clock was ticking down, the scores were level, and there was still one more chance to take a pop at goal.

On one hand, there’s the inherent logic of being unlikely to score from 50 yards against a top goalkeeper, but on the other hand you miss 100% of the shots you don’t take.

Wojciech Szczęsny should have seen it coming because… well, have you met Harry Kane? And yet it felt as if the Juve man had convinced himself that there was no danger of even Kane shooting from there.

It didn’t matter that he was unlikely to score. His target has always been to beat the odds with sheer volume rather than by picking his spots, and this was one of those occasions where he recognised shooting is often more likely to bring a goal than not shooting.

Harry Kane might have the tools to become a top-class number 10, but we don’t know for sure, and frankly we don’t want to know.

When Jermain Defoe turned into a great creator at Sunderland, we were pleasantly surprised not just because we didn’t think he’d want to go down that path, but because we hadn’t seen that many signs he’d even be capable of it.

We can’t picture Kane in a shirt number other than 10, and yet it ought to feel incongruous on the same level as a goalkeeper wearing 11 or an outfielder donning the number one jersey. Kane isn’t just a nine; he’s more nine than the number nine itself.

This role means the buck often stops with him, and we saw the downside to this in the 2018 World Cup semi-final, but that sort of pressure is why those at the top need to be made of strong stuff.

It’s one thing to go out after a failure and reassert yourself, but it’s another altogether to overexert yourself to buy goodwill before things go sour.

Kane has regularly spoken of his admiration for Tom Brady, and the quarterback’s single-mindedness and will to win shines through in the Spurs man’s play. However, due to the different team vs individual dynamics of (European) football, the punishment for failure can be less in an immediate sense but greater in terms of balancing how you’re viewed by your team-mates and those watching on from the sidelines.

Eventually the time comes when you need to one-up even yourself, which means shooting from increasingly ridiculous positions with even greater frequency. And if you’re not going to do that well, it’s going to catch up with you soon enough. Fortunately for Kane, he’s still waiting for that moment to arrive.

For the time being, though, he’s going to keep scoring goals that shouldn’t exist, simply because there’s nothing he likes to do more.

It feels like we’ve been waiting a long time for Harry Kane’s ‘streak’ to end, to the point that it ceased to be a streak without us even really noticing.

He has never given off the aura of a supreme athlete and has rarely needed to rely on moments of outrageous skill to catch the eye, and in today’s game that combination of absences has been enough for him to catch people napping – from fans to pundits to, at times, opponents.

We’ve been conditioned to believe the classic number nines of the 90s and before wouldn’t cut it today because the game has moved on, but it turns out all that’s changed is those number nines have needed to be better versions of themselves to thrive.

If you want to know what that looks like, you just need to watch Harry Kane.