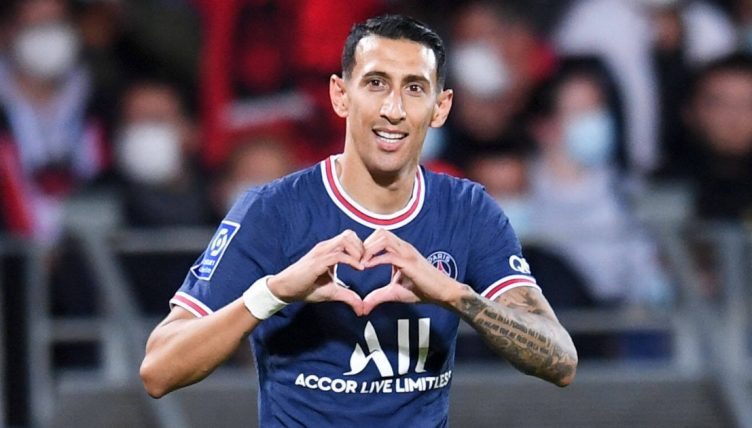 Every great actor needs an excellent supporting cast. Al Pacino had Robert Di Niro in the Godfather trilogy and Tom Hanks had Tim Allen in Toy Story. If Oscars were handed out for football, ‘Best Supporting Actor’ is a category Angel Di Maria would have swept year after year.

The Argentinian has never thrived in the spotlight. When he tried to step into it as the main man with Manchester United, he failed. But since signing for Paris Saint-Germain in the summer of 2015, the Argentinian has been at his best.

Upon his arrival at the Parc des Princes, he found himself supporting the terrifying strike partnership of Edinson Cavani and Zlatan Ibrahimovic, since replaced by Neymar and Kylian Mbappe. Cristiano Ronaldo, Karim Benzema and Gareth Bale came before at the Bernabeu. These are situations in which he thrives.

But as soon as Messi’s arrival was confirmed, the world only seemed interested in one thing. ‘Is Neymar, Mbappe and Messi already the best attack in history?’ hundreds of publications pondered, already condemning Di Maria to the bench.

And that is where Leo’s compatriot started on Friday night in PSG’s Ligue 1 clash with Brest, yet to return to full match fitness following his summer of Copa America heroics.

Thanks to some concerning defensive frailties, Di Maria found himself entering the action with his team-mates clinging on to a 3-2 lead against Brest, a side currently 2500/1 to win the top-flight title.

Ander Herrera and Mbappe had put Mauricio Pochettino’s side in control, only for Franck Honorat to give them something to think about before half-time.

Idrissa Gueye restored the two-goal lead in the 73rd minute but, again, the game was not dead, Steve Mounie, formerly of Huddersfield Town fame, bringing the hosts to within a goal of a surprise point again.

Yet Di Maria entered the fray four minutes earlier and, as injury time was announced, he scored a goal that screamed in the face of the absent Messi to bring on the competition.

Keylor Navas got a fist to a Brest corner and the ball fell at the feet of Di Maria on the edge of the PSG box. With a burst of pace, and a delicious one-two with Achraf Hakimi, the ball was lobbed over the head of the stranded Marco Bizot to kill the game. Di Maria was the assassin.

Now, Di Maria is not naive. He, like those with even the most casual awareness of football, knows Messi will start for PSG. Who is sacrificed may well change with each week, but Messi will be there.

But his compatriot – the man who finally secured Messi his desperately sought after international honour at this summer’s Copa America with a goal that was remarkably similar to this one – showed that he is not about to hand over his place on a silver platter.

Messi might be the leading man, but Di Maria is more than ready to play the supporting role to absolute perfection.