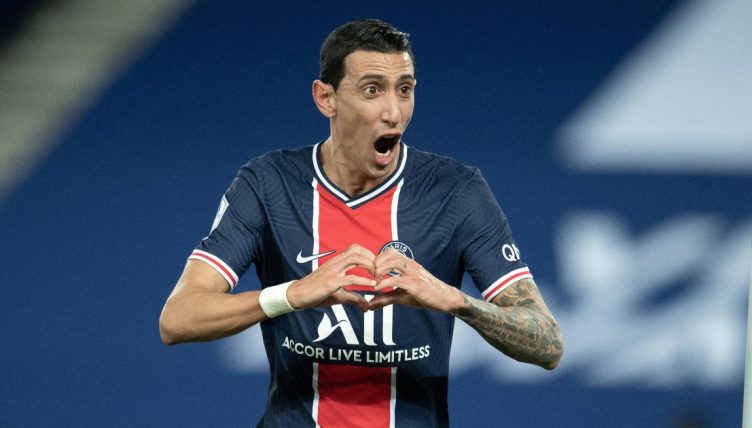 On March 14 this year, 62 minutes into Paris Saint-Germain‘s 2-1 home win over Nantes, manager Mauricio Pochettino signalled to Angel Di Maria that he needed to come off.

Di Maria was not injured, not even tired, despite the rigours of this season. Instead, Pochettino had some bad news that had been relayed to him by PSG sporting director Leonardo. Di Maria’s house had been robbed during the game and his family held hostage.

Pochettino’s human touch was clear, letting the player know during, rather than waiting until after, the match. Still, Di Maria understandably left the Parc des Princes in tears of distress. The feeling would have been familiar. The same thing had happened to him in England in 2015, during his solitary season at Manchester United.

That time it affected him badly, his performance declining following the raid on his home in Cheshire. Yet by then, his short stay in the Premier League was already going awry. In August 2014, United had paid a then British record £60million to bring him in from Real Madrid, but it did not pan out as hoped. So poor was he that Gary Neville once said he “played like a drain”.

Speaking to the Guardian in 2019, his United manager Louis van Gaal put Di Maria’s difficulties down to “the English football culture and the climate”.

Di Maria, for his part, blamed Van Gaal. After fleeing Old Trafford and settling at PSG, he told France Bleu: “[United] was not the best time of my career, or rather I was not allowed to spend my best time there. There were complications with the coach at the time.”

Whatever the case, in the five seasons since he left Manchester, Di Maria has displayed categorically that his poor displays in England were nothing more than a blip.

From when he signed for Benfica in 2008 to winning La Decima with Real Madrid, and from reaching the World Cup final with Argentina to helping PSG to a first European Cup showpiece with Bayern Munich last season, Di Maria has been one of the most complete and effective wide midfielders in world football.

Though often the unassuming presence alongside flashier, more attention-grabbing players – Ronaldo at Madrid, Messi for Argentina, Neymar and Mbappe at PSG – Di Maria’s has consistently been a managerial and fan favourite, perhaps because, for all his talent, he always remains so fully committed to the collective.

He is in essence a world-class sidekick, the Robin to football’s headline-grabbing Batmen, an elite shuttler who, even with all the donkey work he puts in, somehow has the energy to provide vital interjections at the most opportune moments.

This season may not have been as good for Di Maria as 2019-20, when L’Equipe ran a story assessing whether it was the finest campaign of his entire career, but Di Maria has still produced when it matters.

He has the most assists of any PSG player in Ligue 1 and the Champions League, and only Neymar has produced more key passes per 90 minutes.

Even since that burglary, he has been unfazed – at least on the pitch – perhaps because he is now in an environment in which he feels more comfortable, more at ease.

In PSG’s Coupe de France tie with Angers last week, he produced a rabona assist to match any he has provided in his career, and there have been a few of note.

PSG’s Argentine No.11 missed their Champions League round-of-16 rout of Barcelona with a thigh strain. But in the quarter-final with Bayern, in which PSG were out to avenge last year’s final defeat, he was brilliant in both legs, supporting the mobile front two of Mbappe and Neymar.

In the first game, in the midst of a Bavarian snowstorm, he played a wonderful pass to Neymar who assisted Mbappe’s opener. And after Bayern had brought it back to 2-2 it was Di Maria who played the pass to Mbappe for PSG’s third.

In the second leg, he put in a quintessentially Angel Di Maria display, mixing his endless energy to get back and cover right-back Colin Dagba with the quality to carry PSG up the pitch when the ball was recovered.

He played Mbappe in to set up Neymar for a fine chance midway through the first half and almost had Mbappe in again a few minutes later, only for the linesman to wrongly flag for offside. In the second half, as PSG looked to secure the result, he produced one of the most exquisite pieces of time-wasting imaginable, backheel nutmegging David Alaba as PSG looked to hold the ball in the corner.

After the passage to Wednesday’s semi with Manchester City was secured, the delight was writ upon Di Maria’s face. “I am very happy, very content,” he said. “I have been going through difficult things outside of football. We have lives outside of this, they were things that were not very nice, but I am very happy with this result.”

It is little wonder that Pochettino loves Di Maria, just as Thomas Tuchel did in Paris before him, and Carlo Ancelotti did in Madrid, and Gerardo Martino and Alejandro Sabella did as managers of Argentina. As Tuchel said last year: “The way Di Maria plays football is similar to his personality. He doesn’t stop, he’s trustworthy, he works a lot for the team and he’s kind and pleasant.”

Against City, he will leave that kindness to one side for 90 minutes. He knows he will have to. As he said this week: “It is our dream to win the trophy and we have to be ready from the very first minute.”

If recent performances are anything to go on, Di Maria will be on red alert, primed to show English fans what he’s really made of.

The focus in the build-up will be on how City stop Neymar and Mbappe, but Pep Guardiola will underestimate Di Maria at his peril.