Another England hat-trick brings Kane closer to a strange glory 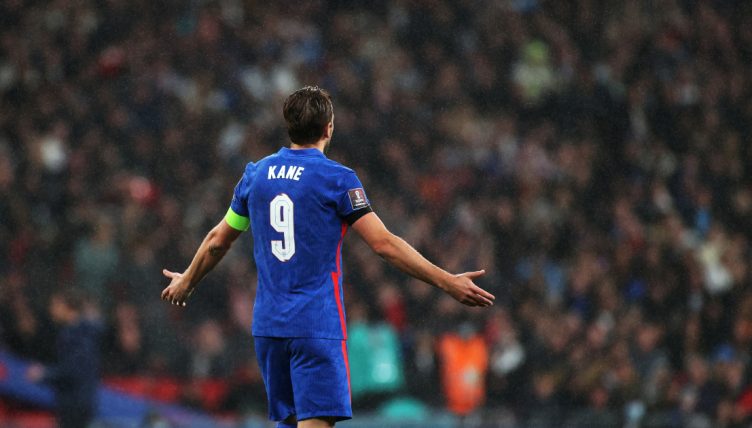 It was just before the referee blew for half-time that Harry Kane sealed his fourth England hat-trick in emphatic fashion.

It was a beautiful, acrobatic bicycle kick that highlighted the striker’s mastery in the box and finished off England’s first-half rout of Albania in their penultimate World Cup qualifying match.

His Albanian marker was caught ball watching, admiring Phil Foden’s curling corner towards the back post… until he realised that that’s where he was meant to be.

Kane had already peeled away, fashioning just enough space for himself, but with his back to goal, the ball too low for a header and too high for a normal volley, his options were limited.

Surely he was going to bring it down before shooting or maybe he would lay it… oh, he’s gone for a bicycle kick and scored. His hat-trick goal too. A perfect one. Fair enough.

It was the culmination of a half that showed Kane could do it all. His build-up play for Jordan Henderson’s goal showed Kane as the creator, while his first goal showed off Kane as the poacher and his second the Kane that could create something out of nothing. His brilliant, contorted third showed Kane the artist.

He went out fully intending to score a hat-trick; away from club football and the discourse around him, the England captain intended to perform on his Wembley stage once more.

It’s a place where he has experienced it all, for both club and country. Both joy and pain in equal measure. But one thing has evaded him: success. Glory. A trophy.

How strange it is that England’s all-time leading goal scorer will soon be a man who has no major trophy to his name, and yet that is the position Kane will soon find himself in.

He is just nine away from Wayne Rooney’s record of 53 England goals, but it will be a strange type of glory, perhaps even an empty one, without any major silverware to show for his ability.

As Roy Keane said whilst on punditry duty for the game, Kane will be all too used to disappointment.

“He’s got to liven up,” the Irishman said.

“He’s got to look at himself and get over his disappointments.

“He plays for Spurs, he should be used to disappointments. It’s not often they win stuff.”

And therein lies the problem. No matter how many hat-tricks Kane scores for England, his club career tarnishes his reputation in the eyes of many, but so too did his attempt to leave for Manchester City in the summer.

🚨 NEW: Manchester City are prepared to launch a new bid for Harry Kane in the January transfer window. Conte was given assurances he can include Kane in his future plans but a huge offer could tempt Daniel Levy into selling. [ESPN] pic.twitter.com/yPoOcvoAcS

He is in a Catch-22 situation and either option will see people respect him less; force a move to City where he will doubtless win trophies or stay at his boyhood club but maybe (probably) not win anything.

Does Conte change things? He may bring an FA Cup or a Europa (*cough* Conference League *cough*) but Spurs are a long way off challenging for a Premier League or even playing Champions League football and Kane is undeniably a player who deserves to be on that stage.

If England had won the Euros the situation would be different. Kane would have led his country to glory, it might have satisfied his craving for success and he might have been content to stay at Spurs, safe in the knowledge his career could never be deemed a failure. There would have been Ballon d’Or shouts, a knighthood and probably a street named after him.

Yet instead came penalties, national mourning and Kane’s push to leave.

With the title of England’s highest ever goalscorer only a matter of time, Kane now must decide how to ensure he goes down as the greatest.