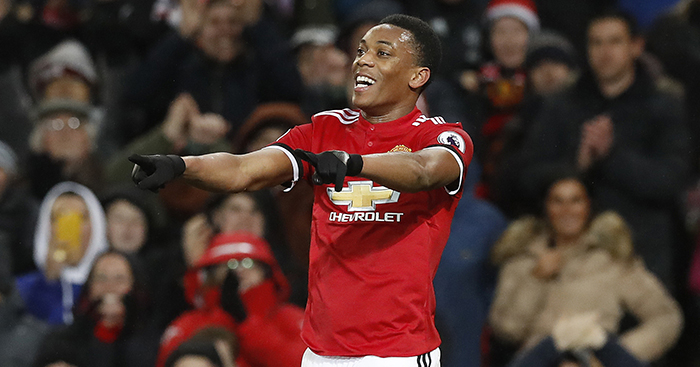 José Mourinho may decide Anthony Martial is not right for his Manchester United – and if he does, you can’t help but feel whoever succeeds him at Old Trafford may rue that decision down the line.

When Mourinho was in the middle of his first season in charge of United, he made a point of listing the players allowed to leave by Louis van Gaal who he would have rather kept at Old Trafford.

While there’s no guarantee any one of Ángel di María, Danny Welbeck or Javier Hernández would have flourished under the Portuguese, Mourinho’s comments served as a reminder of the speed at which certain United players have been outgrown by the system in the post-Ferguson era.

Under Sir Alex, at least during those heady years between United’s two Champions League triumphs, players could be afforded loan moves or spells out of the spotlight in the knowledge they’d be working towards a place in a very distinct set-up, in terms of both personnel and mentality.

However, since the Scot’s retirement – or at least since David Moyes’ long-term contract lasted only a fraction of its planned duration – it has become evident that a player can nip to the shops for a pint of milk and return to see the house half-demolished.

Anthony Martial, whose arrival and fast start played a part in Hernández being allowed to leave in 2015, could be the next to make way.

But while he might not be ideal for the current iteration of Mourinho’s United, we could very well see the next United coach lamenting his predecessor’s decision in the same way Mourinho did some of Van Gaal’s. 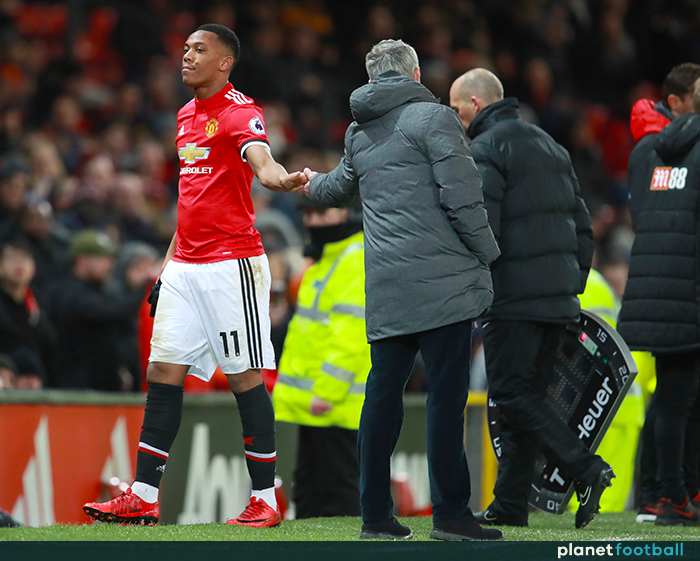 After finishing his first United season as top-scorer, Martial’s return in front of goal has suffered under Mourinho. But that has as much to do with factors outside the Frenchman’s control as it does profligacy from Martial.

The emergence of Marcus Rashford, coupled with Mourinho’s preference for more orthodox number nines in the form of Zlatan Ibrahimović last season and Romelu Lukaku this, has left Martial as a member of the supporting cast fighting for acknowledgement of his qualities.

While a regular run in the team in his first season allowed Martial to get up a head of steam and score in bursts, even a fantastic performance under Mourinho can see him sacrificed the following week for the good of the system.

It’s a good problem for United to have but a bad one for the odd man out – a poor run in front of goal can be met with exclusion and limited chances, rather than an opportunity to play himself back into form.

Against West Bromwich Albion last week, Martial again found himself left out, eventually earning a half-hour’s run-out – but only after Jesse Lingard was preferred as the first attacking change.

Indeed Lingard’s tendency (perceived or real) to offer more tracking back, and a refusal to shelve Lukaku even in the middle of a poor personal run, means the Frenchman might be forgiven for thinking he’s an afterthought.

Within this context, you can forgive some rustiness, yet Martial has shown plenty of times this season that he doesn’t need too long to re-find that spark.

The assist for Lingard in the win over Arsenal was the sort of moment that makes you realise you have a unique talent on your hands, the kind of player whose mind is moving at speeds it could take a new recruit several months to achieve.

Similarly, Martial’s nutmeg on Andros Townsend in United’s victory over Crystal Palace earlier in the season serves as the kind of cold-hearted cruelty that can come in handy when trying to break the resolve of an opposing side even before they have had the chance to develop a gameplan.

He is the kind of player who can throw opponents off-balance for 90 minutes based on what he does in 90 seconds, and even his most recent goals show both the reason why he has been so highly-valued and the reason why he might be considered surplus to requirements.

A player with Martial’s standing within a Premier League squad might be deterred from striving for perfection at every opportunity, having taught himself that sometimes you can get the same end result quicker and more efficiently with a slightly less composed delivery. But that has never been how he prefers to do things.

Martial’s goal against Stoke City is the goal of a man who doesn’t just enjoy playing football but who enjoys watching himself play.

As the ball comes across from Paul Pogba he is hardly starved of options – he has time to take a touch and compose himself, if he so chooses, while he could also draw out the defenders or goalkeeper before feeding a team-mate – but the goal he scores is specifically the one which looks prettiest from his own direct line of sight.

Similarly, when it comes to his winner against Burnley at Turf Moor, he recognises how much prettier goals look when they go on off the underside of the crossbar.

He doesn’t need this sort of precision to beat Nick Pope, he just wants it.

A manager like Mourinho will always be under pressure to deliver results, and fans will – in many cases – prefer a successful team to one which creates plenty but ends up without bragging rights over the opposition.

United fans who grew up watching Ferguson’s title-winning squads may be the exception, however: having been spoilt by years of not just winning but winning in style, a more results-orientated approach will only be satisfying if it consistently produces success, and the presence of a dominant Manchester City team looks like making such success difficult if not impossible in the long run.

If United are an Olympic athlete sticking to a strict training diet, Martial is their cheat meal – success on the track might ride on external factors, but his input is that bit of enjoyment which will always be under their control.

Parting ways with Martial would feel like a tacit admission of a desire for the club to grind their way upwards, but shaving seconds off your personal best each year is no use if your rivals are improving by a minute at a time.