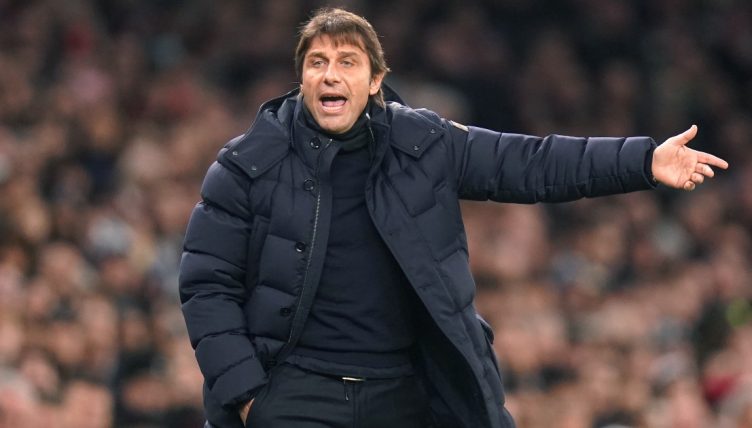 It was an ending to provoke sympathy towards those who remain unreceptive to football’s charms.

In one corner we had the strutting Manchester City. Champions of England, runaway leaders, a team possessing a multitude of technically-brilliant droids playing under the best manager of his generation.

In the other was Tottenham Hotspur. Defeated by Southampton and Wolves in recent weeks, Spurs seemed to be winning the race with manager Antonio Conte over who would break the other first.

Especially if Conte’s comments to Sky Italia during the week were any indication.

“What happened in January was not easy,” Conte was quoted as saying by Football Italia. “We lost four players in January. Four important players for Tottenham, and we brought in only two.

“So even just in terms of numbers, rather than reinforce the squad, we on paper weakened it… I have realised now that this is the vision of the club.”

Or, in other words, less-than-ideal preparation to face arguably the best team in Europe.

And yet, as the clock ticked towards 90 minutes on a sodden Manchester evening, Spurs were winning 2-1, and deservedly so.

But, it’s still Tottenham. So, when Riyad Mahrez converted a scarcely-warranted penalty to level the scores, precisely nobody was surprised at the latest misfortune to befall the north Londoners.

Many, including the Sky commentators, were bigging up the prospect of a City winner. It seemed inevitable, like the rise of utility bills or Boris Johnson clinging onto his job.

Not this time though.

Dejan Kulusevski scampered down the right flank and dinked an unerring cross onto the head of Harry Kane.

Brilliant all match, playing with the energy of a guy rejected by his long-term crush and determined to demonstrate what she’s missing, Kane directed his header past Ederson and into the City net. Cue bedlam.

The Spurs fans massed behind the goal became a sea of falling limbs and soaring spirits while Jamie Carragher let out the kind of yelp that’d embarrass a King Cavalier Spaniel.

On the touchline, Pep Guardiola slumped like a man who’s just seen his keys slip down a drain. But it was impossible to arrest one’s eyes from Conte.

Jumping with such vigour that you worried for the safety of his toupee, the Spurs manager turned in a semi-circle like a well-oiled Thomas the Tank Engine and lept into the arms of his coaching staff.

Elite managers value control above all else. Keeping possession of the ball. Minimising the influence of the unforeseen. Each player following their instructions to the letter.

This felt different. Conte’s celebrations were influenced by more than joy at burgling a late winner. This felt like a man, against his better instincts, embracing the madness of Tottenham Hotspur Football Club.

Antonio must have realised that if you can’t beat them, join them. For his blood pressure if nothing else.

The reaction from Antonio Conte after Harry Kane scored the winner>>>

In his interview afterwards, presumably pushed back by an hour to allow everybody to regain their breath, Conte produced a stunning backhanded compliment.

“We are continuing to improve everything and every level and we work very hard,” he told Match of the Day. “I’m enjoying working with this group of players. They’re the nicest group of people.

“But one win is not good enough. Don’t forget that we are coming off three losses. But for sure to win against Manchester City can give you confidence and to trust in what you’re doing.”

Imagine being called ‘nice’ by a serial-winner like Conte, with all the unspoken implications. Conte doesn’t do nice. Every fibre of his being detests the concept of ‘nice’.

You can be sure that the Spurs squad will be flogged even harder in training, especially now they’ve belatedly shown their full potential.

Their prospects of securing a Champions League slot, which had been fading over recent weeks, is now a semi-serious proposition.

Victory against City will be somewhat bittersweet: a timely reminder of what a Conte team is capable of but also acting as a poignant reminder of how far off the pace Spurs are.

But all the best managers prove adaptable to their surroundings.

As much as Spurs need to become ‘more Conte’, perhaps his celebration at the Etihad shows that Conte would benefit from embracing the ‘Spursy madness’ that defines one of England’s more frustrating institutions.