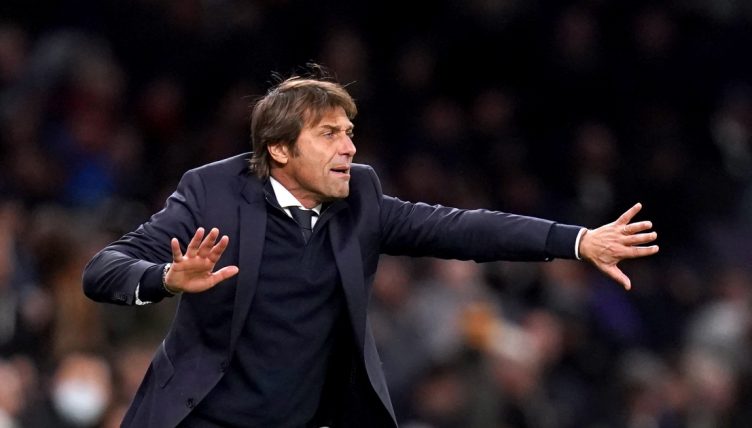 The first Tottenham man to receive a bear hug from Antonio Conte after Spurs’ first Premier League win under the Italian saw what was coming and, like a schoolboy being charged down by the All Blacks, braced himself for impact.

Sergio Reguilon had scored the goal that capped their comeback win over Leeds on Sunday afternoon and Conte wanted to show his appreciation in his trademark style – an aggressive cuddle.

Members of the Spurs coaching team were next. Having watched Conte punch the air and let a series of intensely cathartic screams drift into the north London night, they knew their moment of male bonding was fast approaching.

Sure enough, the Tottenham manager dragged anybody in the vicinity into his grateful bosom. Eeking a Premier League victory out of this Spurs squad would have the effect on the mildest of men, let alone the impassioned Conte.

After a brief, but polite, handshake with Leeds counterpart Marcelo Bielsa, Conte marched around the Tottenham Hotspur Stadium and expressed gratitude to whichever friend or foe crossed his path.

For a tantalising second, it seemed likely that the Italian would chin someone in exuberant celebration before settling for some hand-stinging high fives.

The only thing scarier than Conte’s embrace is him actively deciding not to embrace you.

Antonio Conte is FIRED UP after recording his first Premier League win as Tottenham manager 👏 pic.twitter.com/lARxaXzGrG

Playing under Conte must be an exhilarating, yet terrifying, experience. Like a Tasmanian Devil interrupting tea at Lord’s, the former Chelsea manager enters a becalmed environment and instantly stirs a reaction from its inhabitants.

Conte has already got his players outrunning the fitness freaks from Elland Road, playing with passion where indifference reigned and has breathed new life into Spurs’ stagnant season in the process.

All without the fuel of tomato ketchup.

This looked unlikely at half-time. Trailing to a Dan James strike, Spurs were booed off after producing a performance so flat you felt tempted to check the small print of Jose Mourinho’s contract annulment.

Conte went to work. Setting his half-time missile to ‘ballistic’, one can only imagine the methods Conte used to translate his displeasure to the Tottenham players but Harry Kane’s hair hasn’t stood on end like that since his last trip on the ghost train.

Sure enough, strikes from Pierre-Emile Hojbjerg and Reguilon sealed a 2-1 win for Spurs and Conte went on his victory lap. Despite an inauspicious start to the season, they’re only four points off a Champions League spot.

“It’s a good win and it’s right to celebrate with passion,” Conte said afterwards. “I have great passion and want to transfer my passion in all of this environment.

Touche, Antonio. After this volatile victory, life is unlikely to be dull for the players and fans of Tottenham Hotspur any time soon.